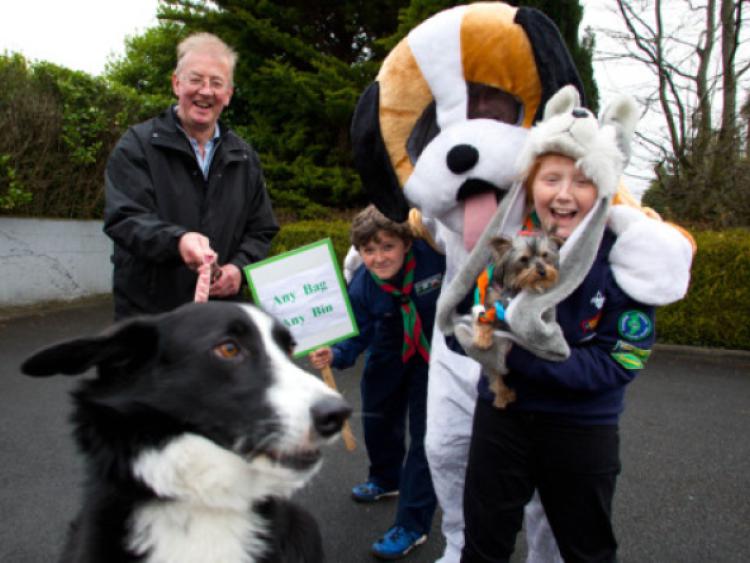 LIMERICK City Tidy Towns is taking a lead from scouts and girl guides on eradicating dog litter as it seeks to scoop national honours.

LIMERICK City Tidy Towns is taking a lead from scouts and girl guides on eradicating dog litter as it seeks to scoop national honours.

Youngsters will take to city centre this Saturday, April 27, to chant slogans against unsightly dog foul and the health risks that come with it.

It will be followed by similar initiatives in other areas of the city in May and June.

Angela O’Sullivan, Limerick County Scout Commissioner said: “dog litter is a persistent problem and many communities across Limerick are tackling this issue. We felt that the scouts and guides could help raise awareness of this issue as part of Scouts Community Week.”

And Pauline Kennedy, Mid-West Regional Commissioner Irish Girl Guides, commented it was “great for the Irish Girl Guides and scouts to work together on this initiative and contribute to making Limerick a cleaner brighter place to work, live and visit.”

Children are most at risk from infection associated with worm larvae and pathogens resident in the fecal matter of dogs and cats. Toxocariasis can be caused by roundworm which lives in the intestines of dogs and is a nasty condition that can be contracted on accidental ingestion of even the smallest particles.

Symptoms include abdominal pain and headache and in extreme cases can result in permanent vision loss. According to some studies, a single gram of dog waste can contain as many as 23 million fecal coliform bacteria.

Noel Earlie, Limerick Tidy Towns, said owners should be conscious of these risks to health when out walking their dogs.

Thanking the scouts and guides for their support, he said: “on our regular Sunday and Wednesday clean-ups, dog dirt is a visible issue. There is no excuse when you walk a dog, you need to have a bag and clean up.”

Additional advice from Limerick City Council is to prevent the risk of disease by having dogs checked for worms.