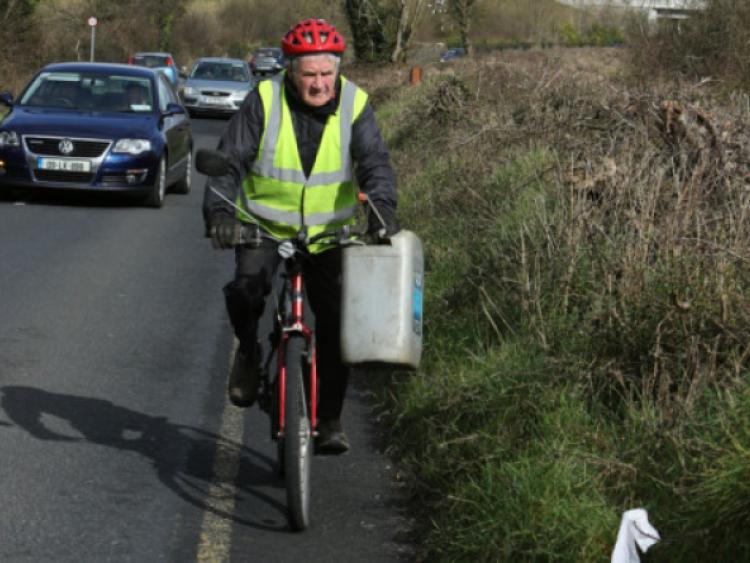 The residents of Ballyclough, Rosbrien have one man to thank for returning their roadsides to postcard perfection.

The residents of Ballyclough, Rosbrien have one man to thank for returning their roadsides to postcard perfection.

George Gleeson, Ballyclough, has made it his mission in life to keep his own stretch of countryside litter free.

The retiree instead of gardening or golfing - but still out in the fresh air - is cycling up and down his road picking up any litter he finds along the way.

He has taken responsibility for a six kilometre stretch of road but he’s expanding and looking for volunteers in his quest to keep the countryside clean and inviting.

“I could do with the help - I’m trying to colonise a new area,” he laughs.

George is battling back against the scourge of motorists and pedestrians just tossing their unwanted waste on the side of the road. He’s not bitter about the practise, however, saying:

“If you’re looking for perfection you’re in the wrong country. If someone puts rubbish out you have to collect it, you can’t wait two months for the council.

“Originally I had to clean seven now eight black spots of rubbish that had accumulated over 40 years. But once you’ve it cleaned up it’s just a few bits and pieces out of the chipper on the weekend.”

“You get a lot of appreciation but you don’t get a lot of help. But people are busy they’re not retired like myself,” he says of finding others to help with the clean up.

George is not about to give up the fight anytime soon and says:

“As long as I can keep going - I’m not a young fella you know,” he laughed.

Even though he thinks they should keep the rubbish in their cars he’s appreciative that motorist pay him respect when he’s out on his bicycle.

“I have to thank the motorists as well - everybody seems to be able to drive these days. I’ve been told I’m going to be knocked down everyday but they seemed to pull up behind me.”