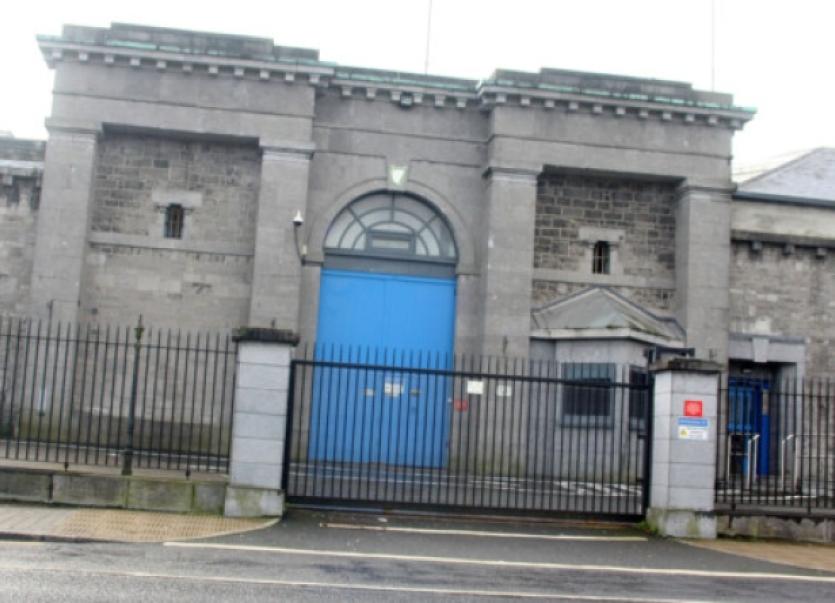 AN inmate at Limerick prison phoned his ex-girlfriend’s mother and threatened to shoot her and blow up her home, a court has been told.

AN inmate at Limerick prison phoned his ex-girlfriend’s mother and threatened to shoot her and blow up her home, a court has been told.

Sgt Donal Cronin said Ms Redden, who lives in Moyross, received a number of phone calls from inside Limerick Prison on the date of the offence.

He said during one call, which was made at 11.14am, the caller, who she believed to be the defendant made a number of threats against her.

Casey, the court heard, made admissions when he was arrested and questioned a number of days after Ms Redden made a formal complaint to gardai.

Sgt Cronin told the court the defendant has a total of 69 previous convictions and that he was serving a sentence at the time for public order offences.

Casey, he said, has a number of previous convictions for making threats and he added is currently serving a lengthy prison sentence for drugs offences, which was imposed last summer.

In mitigation, solicitor Michael O’Donnell told the court there was a “long history between the families” and he said on the morning of the offence his client “got out of bed and was fed up with himself”.

He said Casey had made full admissions to gardai when interviewed following his arrest.

Judge Eugene O’Kelly was told Casey is not due to be released from custody until February of next year.

Mr O’Donnell said the threats against Ms Redden were made in the “heat of the moment” and that his client did not have any intention of carrying out the threats.

“They were not that serious because of the seriousness of the relationship,” he said

Mr O’Donnell added that a sister of the defendant was going out with a son of Ms Redden’s around the time of the offence and that at one point they were “nearly in-laws”.

However, after hearing details of Casey’s previous convictions Judge Eugene O’Kelly commented that Ms Redden was entitled to take the threats seriously given the defendant’s previous record and his “to-ing and fro-ing” with the justice system.

After being told that Ms Redden did not wish to give evidence in the case, the judge imposed a five month prison sentence, which he suspended for two years.

In doing so, he warned Casey that if is in trouble within a year of being released he faces the prospect of going back to prison.

“If there is any trouble, I can assure you that I am going to activate the five-month sentence,” he told Casey.