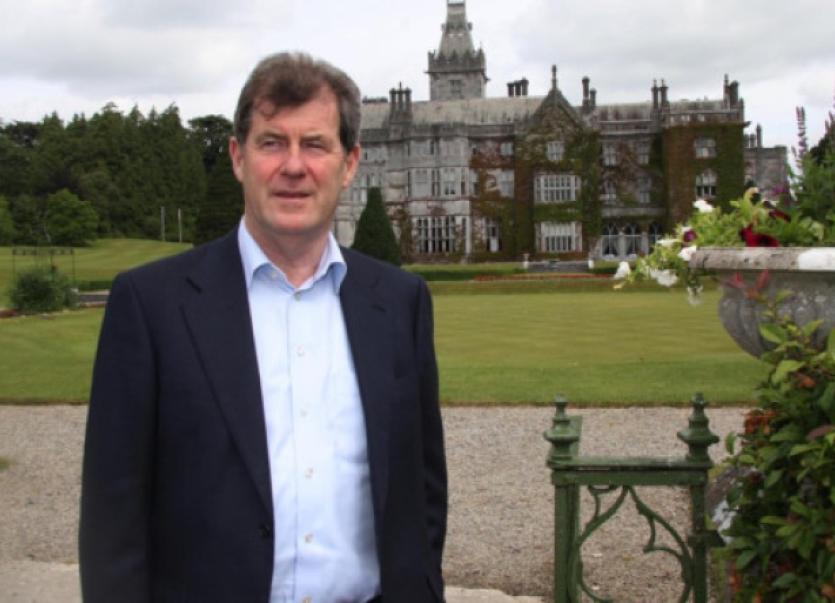 JP MCMANUS remains one of the richest men in the country, with an estimated fortune of €623m, according to The Sunday Times Rich List.

JP MCMANUS remains one of the richest men in the country, with an estimated fortune of €623m, according to The Sunday Times Rich List.

The former bookmaker, 62, has seen his place on the list climb up two places to the 12th richest person in the country, one place behind his business partner John Magnier.

His wealth also puts him ahead of U2 in the annual list, with the band deemed to be worth €612m.

McManus’ wealth has been accumulated from extensive offshore investments with Magnier, Dermot Desmond and local property developer Aidan Brooks, now based in London.

Playing the world bond and currency markets from his Geneva base has seen his wealth rise by an estimated €60m in the past year.

Euromillions Lotto winner Dolores McNamara has remained in 78th place on the list, with an estimated fortune of €113m. She recently purchased Tinerana house, a 16-bedroom mansion on the shores of Lough Derg, for €3.5m, which is believed to be occupied by her son Gary. The low profile mother of six already owns nearby Lough Derg Hall, which was bought for €1.7m in 2005. The annual interest she accrues on her €115m win in 2005 is said to be in region of €17m.

London-based property developer Aidan Brooks, 43, has seen his wealth rise to €94m, and climb up 25 places on the list to 95th.

A director of more than 40 companies, he has notable “investment properties” located in Ireland, the UK, and the US, but recent auditors accounts submitted by BDO for Brooks Properties International state that “in light of current market conditions, it is difficult to establish an accurate valuation for these properties.”

The former North Circular Road resident, who began his career installing aerials with his father Joe, is known to have well performing assets on London’s Bond Street, as well as prime locations in Paris, Boston and Los Angeles.

Denis Brosnan, the 68-year-old owner of Croom House stud, and part owner of London-based Barchester Healthcare, has an estimated fortune of €64m. He was chairman of the company until last year and netted €20m in its refinancing.

The Collison brothers from Castletroy are a new entry to the main rich list, with a combined fortune of €59m.

Now based in Silicon Valley, Patrick, 24, and John, 22, are “two of Ireland’s hottest exports”, the guide cites, developing a number of technological and online companies.

The duo shot to prominence after Patrick won the BT Young Scientist of the Year title in 2005, and secured a place at MIT to study maths aged 17.

The brothers are placed at number 166 in the rich list, while Patrick Mulcair, of the Roadbridge Holdings has an estimated wealth of €54m, ranking him in the top 200 richest people in the country.

Limerick-born engineer and businessman Hugh O’Donnell, 46, is worth €42m, from a major stake in the London-quoted Kentz Corporation.

The father of three, originally from the North Circular Road, was awarded an outstanding contribution to business award from the University of Limerick, where he graduated from with a Bachelor of Mechanical Engineering degree in 1987 and then left for South Africa to join Kentz.