€3k raised for French student at UL who had stroke 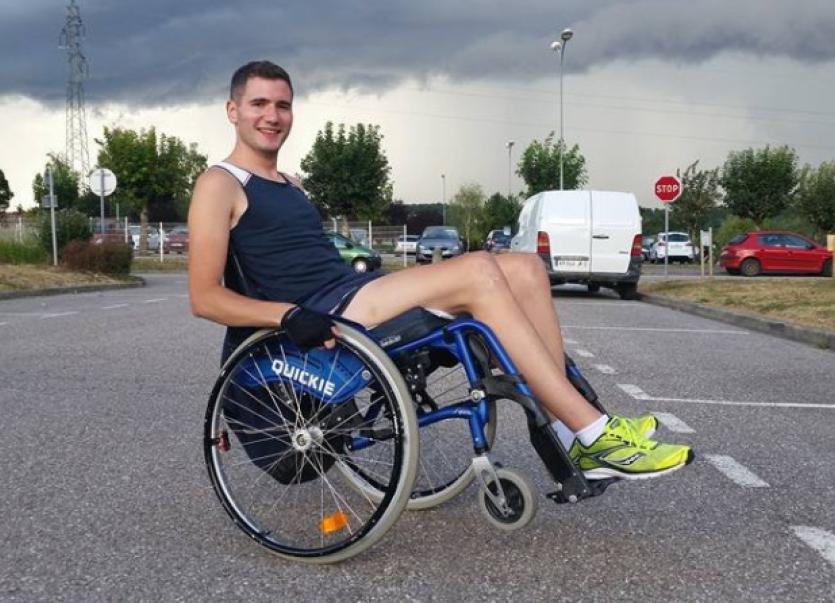 Kevin Saude, 26, is a club runner with Dooneen AC, a fitness instructor in Thomond Park and a mature student of Bachelor of Arts course in UL, suffered a stroke when he returned to his native France this summer.

Kevin, who had lived in Limerick for seven years, is currently in a wheelchair and has spent some 13 weeks in hospital as he continues to make progress in regaining his life.

The ‘Run a Lap for Kevin’ at UL involved runners and walkers taking on the challenge of covering 105 laps of the track, equivalent to 26.2 miles, the distance of a marathon. The challenge was to beat Kevin’s record of three hours, 41 seconds when he ran in Barcelona in 2013.

Despite the poor weather, dozens began registering from early on and the first lap was run by children along with the president of Dooneen AC, Phil Roche.

The baton was handed over to individuals and groups over the coming hours including friends of Kevin from his running club, spinning classes, the LGBT community and Department of Politics and Public Administration at UL.

Kevin was in touch by phone and via social media during the event and was able to keep in touch as to how it was progressing.

As the clock stopped at three hours and six minutes the final lap was covered by all the volunteers and committee members who came together some months ago to organise the event.

All the money raised has not yet been collected but they anticipate the event will raise in excess of €3,000. Kevin, who is from Bar le Duc, in the north east has thanked everyone for their support.

He anticipates that he won’t return to Ireland until next year and is doing his best to make sure he’s fit for university in a year’s time.