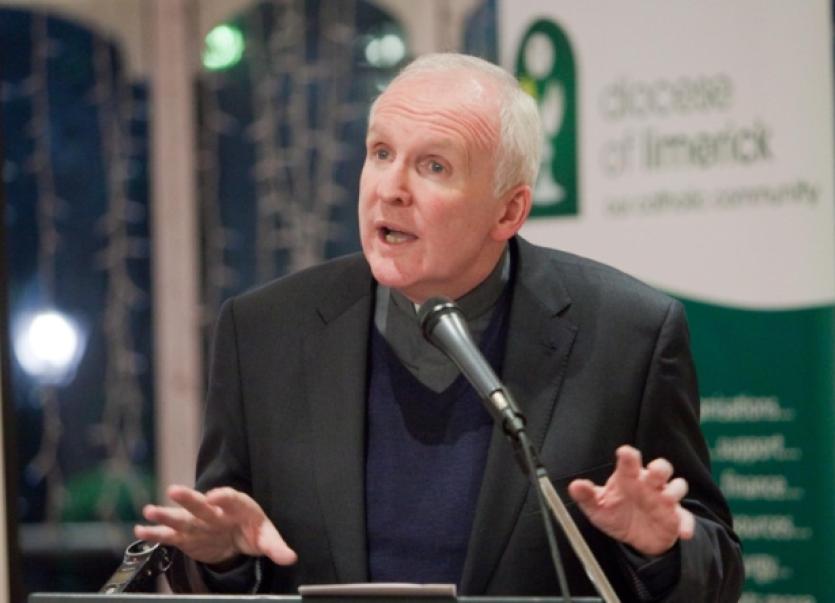 THE Catholic Bishop of Limerick Brendan Leahy has asked “all people of faith to pray about their decision in the forthcoming referendum” on marriage equality, but he will not be supporting a Yes vote.

THE Catholic Bishop of Limerick Brendan Leahy has asked “all people of faith to pray about their decision in the forthcoming referendum” on marriage equality, but he will not be supporting a Yes vote.

He said that the proposed redefinition of marriage in the forthcoming referendum will have a “profound impact on the public life and the personal lives of the citizens of our country”.

In a letter distributed at Churches across the Diocese of Limerick yesterday, Bishop Leahy said that the proposed “major shift” in the Constitution will have implications for the role of marriage and family.

Bishop Leahy outlines why he individually and as a signatory of the statement from the Bishops’ Conference, “cannot support this amendment to the Constitution which redefines marriage”.

He expressed his concern about how the “proposed redefinition of marriage will impact on society as a whole”.

He singled out for special mention its impact on children, who he said have a right to be raised by a mother and father, except when this is not possible.

Bishop Leahy said a Yes outcome in the May 22 ballot could lead to legal challenges to school text books that do not equally depict same-sex couples and male-female couples as images of parenthood.

Urging the banishment of homophobic attitudes, he said the State should be able to find a way to protect gay people’s civil rights without undermining the meaning of marriage.

“Marriage as an institution is under enormous pressure in the Western world. The forthcoming Referendum is a call to Christians to rediscover the deep foundations of marriage based on the union of a man and a woman who are created to complement each other and, where possible, bring new life into the world.”

However, he said it was “not easy” to discuss all of the issues thrown up by the debate.

“But as the final days wind down to the referendum, let’s try all of us to remain respectful of each other’s view, listening to one another and, no matter what the outcome, be committed to building up a society that is good for families to be brought up in,” he added.

The Bishop of Limerick’s letter setting out his views was part of a similar process that took place across Kerry, Waterford, Lismore and Clonfert at the weekend, with bishops in those dioceses expressing the same views.

This apparent stepping up of support for the ‘no’ campaign came on foot of former Redemptorist rector Fr Adrian Egan offering his support for the marriage equality referendum last week.

In a letter to The Irish Times which was published recently, Fr Egan, who stepped down last month as rector after seven years at the helm of the Limerick order, said he would be “voting Yes on May 22”.

“When two people, not bound by blood or kin, love each other to such a profound depth that they want to make a lifelong commitment of faithfulness to each other, then that deserves to be acknowledged, celebrated and solemnised,” he wrote. “We are all the better for it, individuals, families, communities and society are life-enhanced, and God in his heaven rejoices. That is why I will be voting Yes on May 22.”

Fr Egan, 52, a native of Greystones in the city, handed over control of the Redemptorists recently to Fr Seamus Enright. Another Redemptorist, Fr Tony Flannery – himself a former rector in Limerick – who was censured by the Vatican for his writings in 2012, has also indicated his intention to vote Yes.

“Having considered the question that is being presented to us on this occasion, and after having listened to the debate so far and given it a great deal of thought, I will be voting Yes,” he wrote in a column for the Independent recently.

“I do not consider this decision to be in any way in conflict with my faith, or with my position as a priest,” he added.

Government politicians - including education minister Jan O’Sullivan and director of elections for the referendum Simon Coveney - were in Limerick at the weekend campaigning for a ‘Yes’ vote.

The ‘Yes Equality’ nationwide bus tour, calling for a ‘yes’ vote, will also call to Limerick this Tuesday.