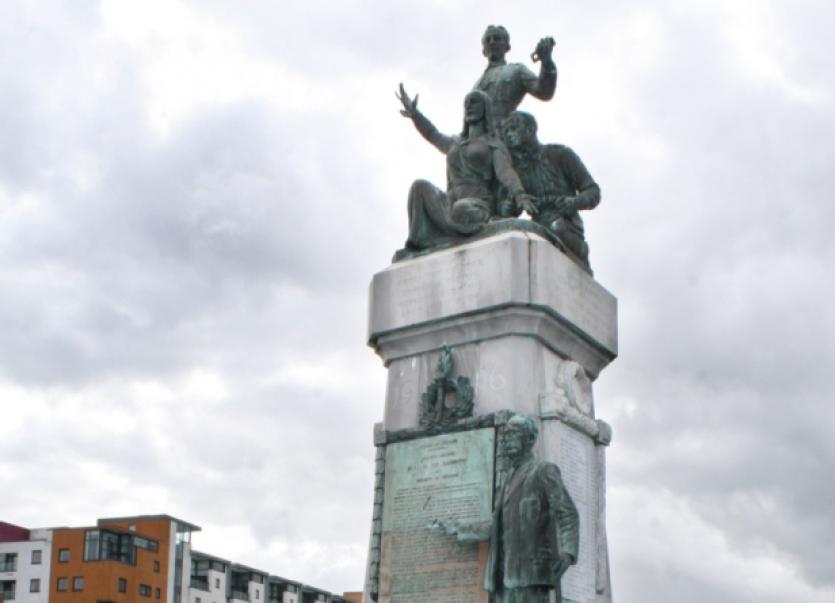 COMMEMORATING 1916 has yet to grab the imagination or interest of the majority of people. But that may be about to change.

COMMEMORATING 1916 has yet to grab the imagination or interest of the majority of people. But that may be about to change.

Over the next three weeks, Limerick’s citizens are being invited to give their views and put forward their suggestions on how to mark the centenary of the Rising. A series of public consultation meetings has been organised in Limerick city, Newcastle West, Rathkeale and Kilmallock where people will have the opportunity to put forward their ideas.

But they will also be encouraged to get actively involved in organising events in their own communities.

The initial response to the national launch of Ireland 2016, as the commemoration is being called, was less than auspicious however. The video, released last November as part of the launch, invited ridicule and dismay in almost equal measure.

While few could say with any certainty how they would wish to see The 1916 Rising remembered, they reacted against a video in which there was actually no mention of the Rising at all.

And a quickly modified version, did little to improve things. Both videos featured footage of prominent figures including Ian Paisley, Queen Elizabeth, Bono, David Cameron and Bob Geldof but other than a brief glimpse of the proclamation in the modified version at no point were Pádraig Mac Piarais, James Connolly or indeed any of the other executed 1916 leaders mentioned.

For most people, it was a step too far.

And then there have been the splits. Early on, relatives of those who took part in the Rising complained they were being ignored or left out of the commemorations while Sinn Fein announced in February that it would be holding its own programme of events.

Meanwhile, another group, led by artist Robert Ballagh, calling itself Reclaim the Vision of 1916, has also embarked on its own alternative prorgramme. It includes a major parade and pageant on April 24, 2016, the actual centenary of the 1916 Easter Monday Rising, which will involve actors including Stephen Rea, Fionnuala Flanagan and Adrian Dunbar and singer Sinéad O’Connor.

Mr Ballagh said at the weekend that they were “letting the State do their thing”.

But he added: “I don’t think the State will be giving space to those who feel the vision of the Proclamation hasn’t been achieved.”

“Remembrance on its own is insufficient to honour the ideals and achievements of the men and women who proclaimed our Republic,” An Taoiseach Enda Kenny said at the launch of Ireland 2016.

And he went on: “We can best honour the past by reflecting deeply and seriously on the present, by exploring and celebrating our achievements, and by creatively re-imagining how we should aspire to the ideal of the Republic as proclaimed in 1916′.

“2016 presents us with a once-in-a-century opportunity to create events of celebration and remembrance that are of value in themselves but that also contribute to a greater sense of who we are, what we want to be as a people, what achievements we aspire to for ourselves and for our children.”

The format that has been arrived at nationally for Ireland 2016 is based on five intersecting themes: Remember; Reconcile; Imagine; Present and Celebrate and these are meant to include recalling the shared history of the island of Ireland; honouring all who have built peace and brought people together; releasing the creativity of the Irish people, in particular young people; creatively showing Irish achievements to the world and celebrating family, community and friendship as well as renewing a commitment to the ideals of the 1916 Proclamation.

The national programme includes a number of formal state events to be held over Easter weekend 2016, including a military ceremony led by 1916 relatives on Easter Sunday, 27 March 2016.

It also includes what it calls seven “permanent reminders”, with €22m being allocated to projects such as the GPO Interpretative Centre, the refurbishment of Richmond Barracks where the leaders were interned and court-martialed, the creation of a Tenement Museum and the revamping of Pearse’s cottage in Rosmuc.

The framework for the commemoration events rests on seven key strands: Ceremonial Events; History-based activities; An Teanga Bheo; Youth and Imagination; Cultural Expression; Community Participation and the Diaspora and within each strand a wide range of projects is being co-ordinated.

But over the next few months, the focus is on getting local programmes in place and local authorities have been asked to play a co-ordinating role.

“It is a massive historic event for our country,” he said. “We need to mark it properly. I don’t want it to be party political.”

But a key element is expected to be some kind of memorial to the two Limerick men executed following the rising, Con Colbert and Ned Daly.

But a second committee, made up of key personnel from the arts office, Limerick City Gallery and the library and archive section has also been planning a cultural programme.

“We want to bring something to the table,” Mr Brady said.

Suggestions from citizens, whether as individuals or as groups and voluntary organisations, and harvested at the four public consultation meetings, will also go into the mix.

The council has a fund of €100,000 for Ireland 2016 and the ideas brought forward by councillors, along with those suggested by the public will be vetted by an independent committee which will decide what events will be funded, Mr Brady explained.

Exhibitions, talks, displays of artefacts and archival material, he continued, would come under the historical heading while under Youth and Imagination, he explained that every school will be given a copy of the proclamation as well as an Irish tricolour. However, he added, the plan will also be to work with Comhairle na nOg and possibly other youth organisations on other aspects. The Teanga Bheo strand is intended to galvanise events which honour the Irish language while the cultural stand opens up loads of possibilities.

Poetry readings, art exhibitions, musical evenings could all become part of the programme in Limerick.

“We will also try and establish links with the Diaspora,” Mr Brady continued, pointing out that Limerick had organised very effectively for The Gathering in 2013.

Tony Storan, executive librarian at the Limerick Archive Library added: “We want to be very inclusive.” And he urged people to come along to the public consultation meetings which begin next Monday.

“Anybody can come along,” he said. The meetings will begin at 8pm in each venue.

A finalised programme for Limerick is expected to be in place by October.