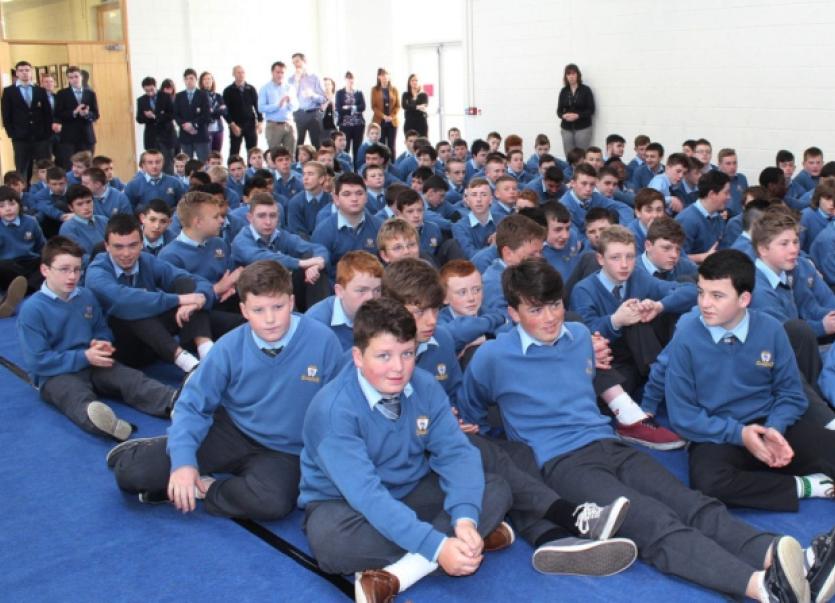 THE PROUD history and progress of St Clement’s College was celebrated this week, at the official opening of a history room in honour of one of their past principals.

THE PROUD history and progress of St Clement’s College was celebrated this week, at the official opening of a history room in honour of one of their past principals.

In the presence of Minister for Education Jan O’Sullivan and the president of the history teachers’ association of Ireland, the new room was opened in recognition of the work of Fr Cathal Cumiskey, now retired, who was principal of the school from 1971 to 1989, and a teacher there for many years previously.

“This is a lovely acknowledgement of the contribution he has made to the school over many years, and it is a day to be proud of the Redemptorist college,” said Fr Dan Rafter, principal of the order.

School principal Vincent Foley, said it is a “very, very proud day for St Clement’s and a privilege and an honour to have Fr Cathal with us here today. We must honour and appreciate what he has done for us all these years.” He noted that the first Redemptorist college opened in the monastery near the current grounds in 1884, and the first formal college opened in 1905. By 1955 they had taken on 100 boarders, and by 1976 the decision was taken to open it up as a day school due to the shortage of school places for boys in Limerick city.

It now counts over 500 students, and boys of 22 different nationalities. Minister O’Sullivan noted that the school, which was formed in the same year as the GAA, is part of an order that “has been a very strong force for good across the world.”

Former pupil Kevin Rafter, a former political reporter with The Irish Times, and with the Sunday Times, now with DCU’s communications department, said while the school has certainly changed since his time, the ethos is still the same.