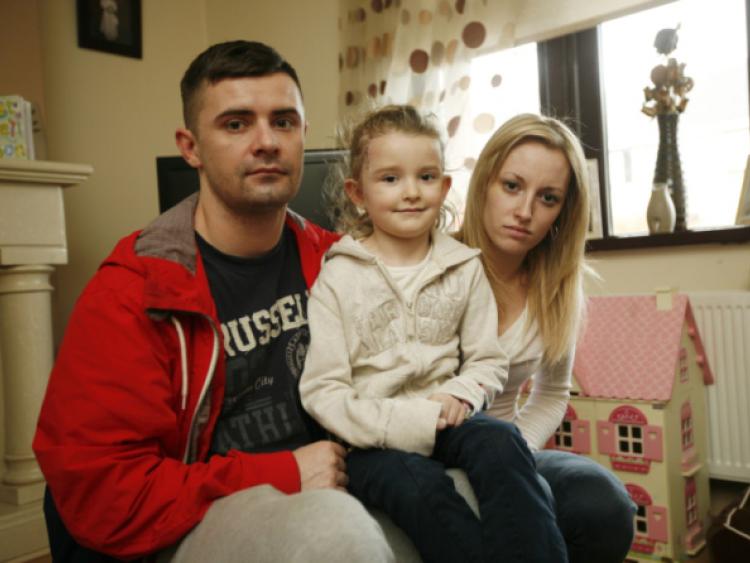 THE mother of a young girl who was attacked by a dog while playing near her home last year says “there will never be enough justice” following what happened to her daughter.

THE mother of a young girl who was attacked by a dog while playing near her home last year says “there will never be enough justice” following what happened to her daughter.

Donna Cuddihy was speaking this Wednesday evening after the owner of the canine was fined €470 after he pleaded guilty to three offences.

Limerick District Court was told six-year-old Abbie Cuddihy sustained serious wounds to her head and shoulder when the dog – an American Akita – “turned on her” during an incident on March 13, 2014.

The attack happened at Lynwood Park in Limerick city at around 6.30pm.

The owner of the dog –Eric McSweeney, aged 29, of St Patrick’s Road – pleaded guilty to three charges including not having control of the dog on the date of the offence.

Garda Neil O’Gorman said the dog, which weighed 60kgs, was not on a leash, was not muzzled and was not licenced.

“He wasn’t under any supervision, he was roaming freely,” said Garda O’Gorman.

He told Judge Marian O’Leary the young girl was treated at University Hospital Limerick following the incident and that she was detained there for two days.

Abbie received 17 stitches to the side of her head and will have permanent scarring as a result of what happened.

The court was told the dog was known in the locality and that the incident happened after Abbie went to pat him.

Sergeant Donal Cronin said American Akita dogs are a restricted breed in Ireland and can only be kept subject to strict conditions.

“It was a most irresponsible act to allow a dog of this type and breed to be out in public not under control,” he said.

The court was told after being informed of the incident, gardai called to the home of the defendant who initially refused to accept the dog had attacked a child.

Garda O’Gorman said it was subsequently established by gardai that Limerick City Council had received a number of complaints about the dog prior in the months to the incident.

Solicitor Ted McCarthy said his client was not at home when the incident happened and he said there had been no indications that the dog was capable of being violent.

“He did not for one minute think his dog was capable of such and attack,” he said adding that it was out of character for the dog, which was 12 years old the time.

Mr McSweeney, he said, didn’t realise he was required to muzzle the dog and he said he regrets what happened and wishes he could undo what happened.

Judge O’Leary was informed the dog was destroyed by a local vet the day after it attacked the young girl.

Relatives of the schoolgirl, who is now 8, sighed loudly during this Wednesday’s proceedings as Mr McCarthy put forward submissions on behalf of his client.