Limerick crash victim Yvonne was ‘full of life and ideas’ 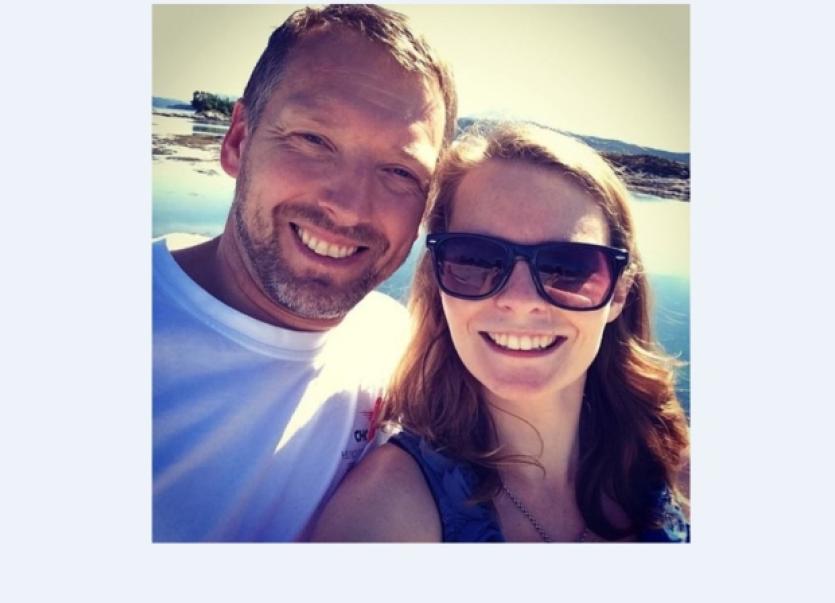 Loving tributes have been paid to Yvonne Buchtrup, nee Long, the Kilcornan woman who lost her life in a car accident with her two-year-old daughter in Poland last week

Loving tributes have been paid to Yvonne Buchtrup, nee Long, the Kilcornan woman who lost her life in a car accident with her two-year-old daughter in Poland last week

The family had been travelling to Krakow airport after attending a wedding in Slovakia when the accident occurred.

It was reported that a 71-year-old man was arrested at the scene and has since been charged over the fatal crash.

Speaking in the days following the tragedy, Soren Buchtrup said words could not describe the loss of his wife and their daughter.

“Here is the two most important girls in my life, whom I cherish and love very very much. First my little girl Ella who is just starting her life. Always full of dancing, singing and laughter. Always ready to sing Twinkle Twinkle Little Star when Noah starts to cry.

“Then my wonderful and loving wife Yvonne who always lightens up any room she enters and who touches anyone’s heart.

“Always telling me we are soul mates and that she loves me, even when I’m being difficult. So full of life and ideas always, and never too old to arrange and play funny games with anyone’s kids. My little big girl.”

In a Facebook message, he continued: “I feel I have lost everything, but I still have the two most important boys in my life.

“I will keep cherishing and loving them forever together with the beautiful memories and love of Yvonne and Ella,” he added.

In the wake of the tragedy, a Facebook page was set up in tribute to Yvonne, in which friends shared their memories of the mother-of-two.

“She was one of the nicest and best people I have ever been lucky enough to meet and I will remember her and Ella always,” she continued.

A former classmate at the University of Edinburgh commented on Yvonne’s passion for architecture and design. “Yvonne’s work was always thoughtful, ethereal, and beautiful in its simplicity.”

Originally from Curraghchase, Kilcornan, Yvonne met Soren - a Danish helicopter pilot - at a wedding in Florida seven years ago. They married four years ago and had recently moved into a new house in Bergen, on the west coast of Norway.

Ms Long was the youngest daughter of John Long, a well-known figure in horse racing circles, and his wife Angela. She is also survived by her older sister and two younger brothers Gary and Ian, who live in Ireland.

Her uncle, Ronnie Long, is a leading figure in the Irish athletics world.

John Long described her as “a wonderful daughter and a girl everybody who knew her loved and somebody who could not do enough for you”.

“She and Soren had just moved into a new house in Bergen and my wife Angela and our oldest, Vivienne went over to help them redecorate,” he said.

Yvonne worked as an interior designer. She had attended the University in Edinburgh, after studying in Dún Laoghaire and Villiers Secondary School in Limerick.

The family had attended a friend’s wedding in Slovakia and were on their way to Krakow airport.

Autopsies were carried out on Friday on the bodies of Yvonne and her daughter.

Polish police said that the family were parked in a Toyota Auris in the village of Rabka when a Polish driver smashed into the back of them, propelling their car forward into the back of an articulated trailer.

As news of the tragedy emerged, members of Yvonne’s family travelled to Poland where they were met by officials from the Department of Foreign Affairs.

Details of funeral arrangements have not been made public.