Protests due as banks seek repossession of 219 homes in Limerick 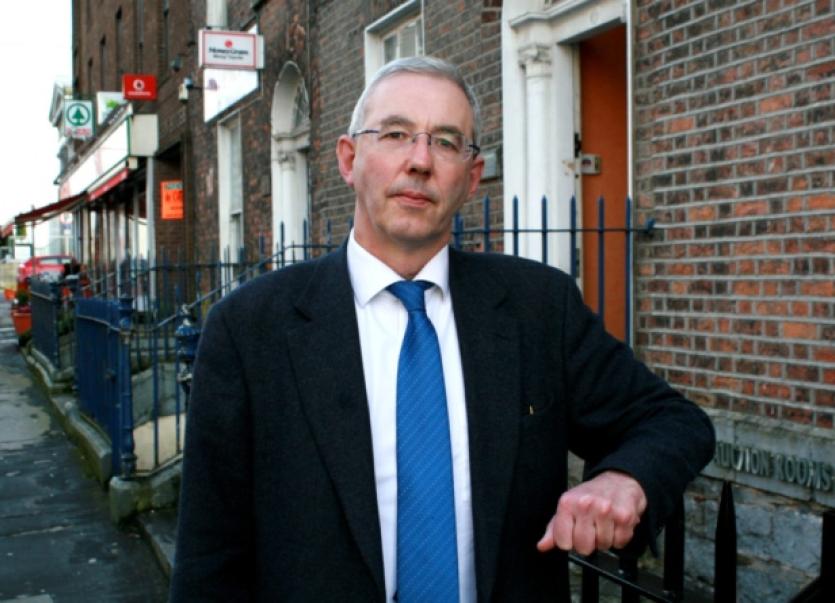 PROTESTS are expected at Limerick’s Circuit Court complex this Friday, where over 200 cases to repossess homes will be heard as fury mounts at the number of cases sought by the banks now that property prices are increasing.

PROTESTS are expected at Limerick’s Circuit Court complex this Friday, where over 200 cases to repossess homes will be heard as fury mounts at the number of cases sought by the banks now that property prices are increasing.

In all, a total of 219 applications to repossess homes in Limerick city and county have been entered for hearing, and are being taken by the many of the major lending banks, including Ulster Bank, EBS, AIB, Bank of Ireland, Permanent TSB, and KBC.

Solicitor Ger O’Neill, on Glentworth Street, said he is representing a number of clients facing home repossessions - some of whom have had their work hours cut, are struggling to pay their mortgages, and one lady has had a nervous breakdown due to the financial pressure she’s under.

Mr O’Neill said in some cases the banks across the board have been operating in a “very aggressive and threatening manner” towards clients. “They’re certainly putting people under a lot of pressure. In many of these cases the arrears have been around for a long time, but the rules appear to have changed now and lot of these cases are coming to a head.

“In some cases it’s not down to how much they owe, but the banks are seeking to tie down a plan to renegotiate repayments, and in some cases that’s not possible because they have lost their jobs.

He continued: “The courts will give people every opportunity to reach an agreement and avoid all of this and strategically the banks can’t afford to repossess a lot of properties as they may not sell them all, and who’s going to buy them without a loan being given out. They could be stuck with it.”

It is the second court hearing in recent months where such huge volumes of applications for repossessions will be heard.

Fianna Fail deputy Niall Collins said he will be attending the court proceedings this Friday in the interests of his constituents right across Limerick, who have come to his clinics revealing the huge financial and emotional distress they’re now under. “The Government has refused to recognise the mistakes they’ve made in dealing with this crisis. The banks have effectively a veto on all proceedings, and the Government has favoured the banks over the distressed borrower. That’s why there has to be an independent arbiter of debt settlement office to make it a fair process.

He continued: “There are people coming into my clinics week in, week out who are distressed borrowers. It’s a real problem, and there’s a tsunami of these repossessions coming down the tracks. But there’s a huge disconnect between the State and the borrower – as well as in legislative terms – that needs to be addressed.”

Other legal sources told the Limerick Leader that many of the cases are likely to be adjourned in order to allow the home owners to get their financial affairs in order, as correspondence from the lending institutions regarding into arrears of tens of thousands of euro often go unanswered.

While the number of cases appears to be rising, in fact only 50 orders to repossess homes were made in Limerick last year. “In all likelihood, only about 10 to 15 orders for repossession will be made this Friday,” said the source.

The bulk of the repossession cases are being taken by TSB, which is pursing 57 individuals or families; EBS is taking 46 cases, AIB is taking 35 cases, Ulster Bank is taking 27 cases, Bank of Ireland is taking 14 cases, and KBC is taking 12.

A small number of cases – fewer than 10 – are being taken by the following institutions: Bank of Scotland, Springboard Mortgages, Pepper Finance Corporation, Stepstone Mortgages, Haven Mortgages and Start Mortgages. The numbers in Limerick are not unique, and are being paralleled across the country, with 400 cases for home repossessions coming before Cork courts since the start of the year, and 271 cases were heard in a Donegal court recently.

Mark Keogh, from Pallaskenry, of the Irish Democratic Party, Ireland’s newest political party, said they will have a number of members protesting outside the complex. He said finding a “sustainable solution” to the mortgage crisis is one of the party’s main policies, and they support a write-off of the huge debt that has been imposed on people.

Fianna Fail deputy Willie O’Dea said: “The banks have really ramped up repossession actions in recent times. The rise in house prices in 2014 has given them the opportunity to reduce the losses they would face from selling a home in mortgage arrears. Widespread family home repossession is not a phenomenon that Ireland has experienced since independence. However, we do know that it will lead to significant social upheaval. We only need to look to the impact of the laissez-faire approach to mortgage difficulty in the UK in the 1990s to see the devastating social consequences of potentially thousands of families losing their home,” said deputy O’Dea.

He said as it stands, in the absence of a significant legislative initiative, the 37,484 people in arrears for more than two years are at a very high risk of losing their homes. But Taoiseach Enda Kenny has rejected as ‘unconstitutional’ a Fianna Fáil Bill to deal with mortgages in arrears.

Banks, building societies and other lenders lodged more than 8,000 civil bills applying for possession of properties of all types in the regional Circuit Courts last year - the first step in the legal process that ends in seizure and possibly eviction.

Lenders received court approval for more than 1,000 possession orders for properties from Circuit Court judges in 2014 - most of them for houses and apartments, including family homes with distressed mortgages. Latest figures show that 37,500 mortgages are now more than two years in arrears. On average, they are €48,700 behind in their payments.

Former hotelier Brendan Dunne is among those trying to save his own €1.5m home, Shamrockville, on the North Circular Road, from repossession by the banks. Mr Dunne, who is in ill health and is waiting for other developments abroad to yield dividends, has had his case adjourned to this June.