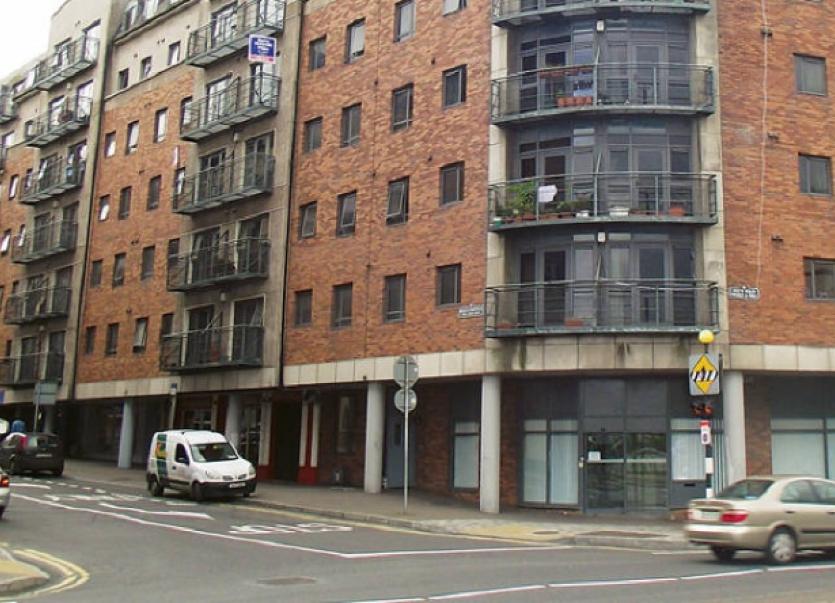 AN OPEN verdict was recorded at the inquest of a woman who died after falling from an apartment complex near the city centre.

AN OPEN verdict was recorded at the inquest of a woman who died after falling from an apartment complex near the city centre.

Coroner John McNamara was told gardai were alerted to an incident at Windmill Street at around 6.30pm on July 19, last and that when they arrived they found the body of Patricia Donovan (51) on the street.

Garda Patrick Dilworth said following the discovery he travelled to Ms Donovan’s fourth-floor apartment at Aviary House, Mount Kennett as he believed she had fallen from the balcony.

However, he said he could not get access to the apartment as it was locked from the inside and that members of the Regional Support Unit were requested to force open the door.

A forensic examination was conducted at the apartment but nothing suspicious was found.

A friend of the deceased told gardai he met Ms Donovan at around lunchtime that day and spent most of the afternoon with her.

While she was calm when they met initially, he told gardai she was agitated and “seemed worried” when she left to return home shortly before 5pm.

Another resident of Aviary House, who lived on the third floor, described seeing something “like a bag” falling past her window before hearing a bang like something hitting concrete.

The resident said when she looked out the window she saw Ms O’Donovan on the ground and dialled 999.

A resident at the adjacent Windmill Street apartment complex described how she was smoking on her balcony when she saw a shape pass by the window.

She said she heard a bang moments later but did not hear any screams.

The inquest was told a post mortem - conducted by Dr Vourneen Healy - showed that Ms Donovan sustained multiple fractures in the fall.

There was bruising on her knees, hands and buttocks and she sustained cuts on her left elbow.

The results of toxicology tests showed she had not consumed alcohol prior to her death but the constituents of marijuana were detected.

There was also evidence she had taken a number of prescription medications all which were within the therapeutic range.

According to Dr Healy, Ms Donovan died from severe injuries consistent with a fall.

After hearing the circumstances of what happened Mr McNamara commented that no evidence of foul play had been detected by gardai and he ruled Ms Donovan died in accordance with the medical evidence.

He noted it had been “very difficult” for members of the deceased woman’s family to hear the details surrounding her death.

The coroner said Ms Donovan could have fallen accidentally and that there was a presumption against a verdict of suicide in law.

In the circumstances he said the most appropriate verdict was an open verdict.