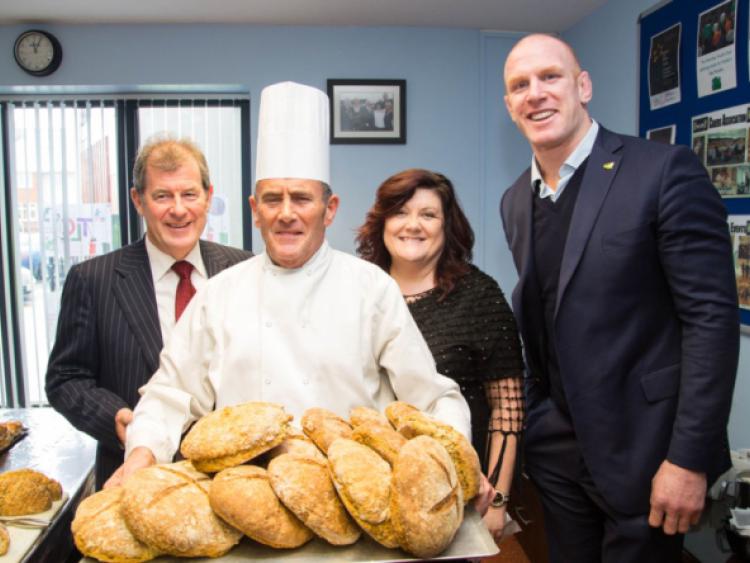 THE idea for the Team Limerick Clean-up anti-litter campaign emerged during a discussion over a cup of tea between JP McManus, Helen O’Donnell and Paul O’Connell, the racing magnate said this week.

THE idea for the Team Limerick Clean-up anti-litter campaign emerged during a discussion over a cup of tea between JP McManus, Helen O’Donnell and Paul O’Connell, the racing magnate said this week.

It’s fitting, then, that the Good Friday clean-up initiative, which now has nearly 7,000 volunteers signed up, will also incorporate Limerick’s “largest ever” tea and coffee morning, making the event very much a “social occasion”, JP explained.

The Martinstown businessman, well used to rubbing shoulders with heads of state, champion jockeys and global business leaders, stood clearly in awe of Paul on a visit to St Munchin’s Community Centre in Kileely this Tuesday to announce the surge in volunteer numbers.

“He is absolutely instrumental, he is the ideal man, you couldn’t have chosen better. And he is fully supportive of it and gives it the time as well,” said JP of the Irish rugby captain, who was mobbed by locals.

“The idea being maybe that there might be a number of people interested in giving a few hours on a particular day and it is has just got legs from there and the momentum of it is at, I believe, over 6,500 people who have signed up, which is marvellous,” he said of the TLC campaign, the basic idea for which is two to four hours of picking, cleaning and brushing in your locality on April 3.

“Never in our wildest dreams did we think we would have so many people who would volunteer to give up their time.

“But on top of that we want to make it a social occasion also, because when it finishes, the idea is that people will go, have a cup of tea and make it something that they will remember and enjoy and might even look forward to again the following year.”

You can be sure if Paul O’Connell lends his name to something, he is going to give it his full backing and he declared to this newspaper that the campaign was an opportunity for adults to “show a bit of leadership”.

“Obviously we have a great Tidy Towns set up and Going for Gold, but this is for people who can’t make the commitment for that – I know I certainly can’t make that kind of commitment,” he said.

“This is a way for people to help as a one off, and it is a chance for adults to show a bit of leadership as well for kids to get out there and let people realise that this is what you should do; this shouldn’t just be something you do once every year, it should be something that is part of your every day.”

The towering lock explained that he would like to see the example set by the campaign picked up by his own son Paddy, for example.

“It is a massive success, we have over 6,500 people signed up, which is huge really. This was supposed to be a pilot scheme the first year out and see where we could take it, but it has kind of grown a life of its own.”

“When we asked him to come on board, we never realised that the timing would be so perfect - he is the most popular man in Ireland,” she smiled.

“We are delighted to have him and it gives the campaign a big boost, and of course JP is incredible. We are really lucky that he has supported all these projects that we have been involved in, he really wants a really good, clean city and county and somewhere that you can be proud of.”