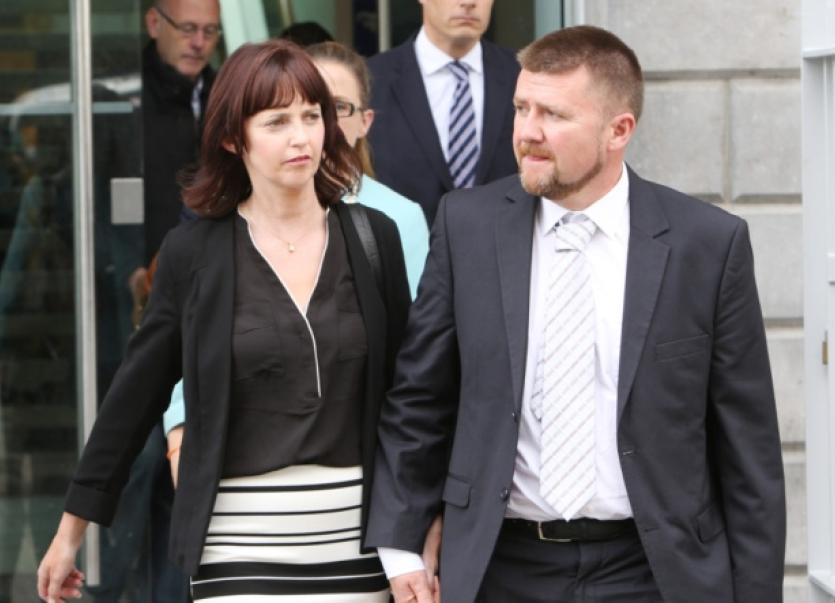 A VERDICT of medical misadventure was returned following an inquest into the death of a baby girl who died shortly after birth at the Regional Maternity Hospital.

A VERDICT of medical misadventure was returned following an inquest into the death of a baby girl who died shortly after birth at the Regional Maternity Hospital.

During a day-long inquest earlier today, coroner John McNamara was told Caoimhe Mulcair was born and died on February 11, 2009.

She was the first child of Joan and John Mulcair from Westbury in Corbally.

A letter from Colette Cowan, CEO of the UL Hospitals Group, which was read to the inquest included an apology to Caoimhe’s parents for its failure in its duty of care to them and their baby.

The letter, the inquest heard, was only sent to Mr and Mrs Mulcair on Monday.

In a statement, John and Joan Mulcair said it was a total disgrace what they had to do to obtain justice for their innocent baby .

They said the people involved should be ashamed of themselves for putting an ordinary decent family through the pain and torment they have had to endure for the past six years.

During the inquest, Ms Mulcair said baby Caoimhe was a much-wanted baby who was conceived through IVF after she and her husband John had been trying to start a family for a number of years.

In her evidence she said the pregnancy went well and she was admitted to hospital on February 11 after she went into labour.

After the labour progressed, she was told by the midwife in Limerick that the baby was fine.

But when baby Caoimhe was born at just after 7.45pm, Ms Mulcair asked why she was not crying.

She said there was a huge panic in the room and the baby was quickly taken to the special care unit, where she died in her mother’s arms a short time later.

Ms Mulcair said she could not believe what had happened as it was a nightmare.

Midwife Patricia Lenihan said there were a number of decelerations on baby Caoimhe’s trace during the labour, but said this often happens as labour is progressing and the baby’s head is descending.

Dr Mary Higgins, a Consultant Obstetrician who attended as special registrar at Caoimhe’s birth, accepted hers was not a normal trace, but did not warrant an immediate delivery.

Consultant Paediatrician, Dr Jamaleddin Abujennah, said baby Caoimhe was in very poor condition at birth gasping for breath, lacking in tone and movement and was blue in colour, and despite all methods of resuscitation, she died.