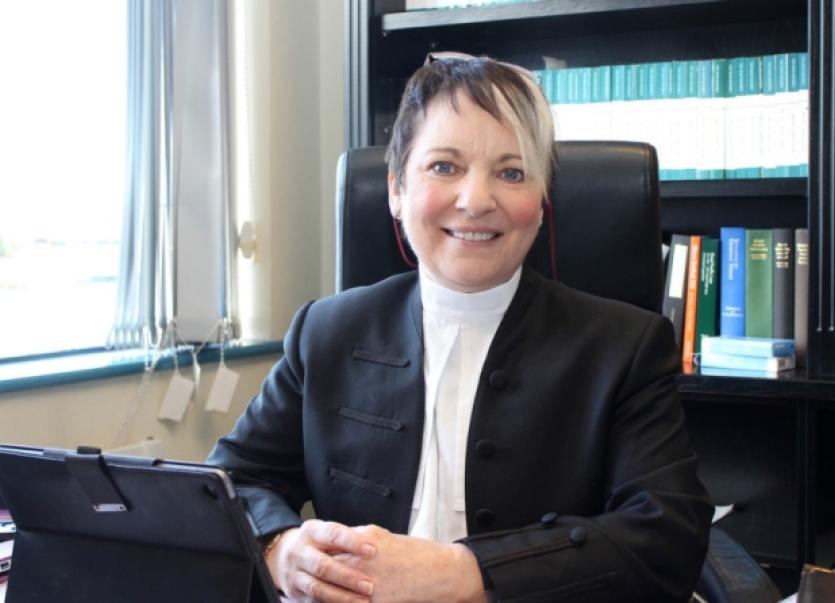 A LIMERICK mother whose child was hit by a motorist and flung several feet into the air is campaigning to reduce speed limits in housing estates.

A LIMERICK mother whose child was hit by a motorist and flung several feet into the air is campaigning to reduce speed limits in housing estates.

At Limerick District Court, Leanne Murphy, 19, of 6 Ballyglass, Ardnacrusha, was convicted of careless driving after she hit a young boy on September 26 last in the same estate.

CCTV footage of the incident, which happened at around 4.40pm, was shown to the court.

The injured party, Oran Malone, then aged eight, had been playing football with a number of other boys in the area, along a straight stretch of road.

The footage showed a number of cars travelling at speed, and as the boy went across the road to pick up the ball, he was then hit by the vehicle driven by Ms Murphy as he turned around and went to step back onto the road.

Solicitor Dan O’Gorman, for the defendant, said his client was coming off a roundabout about 75 yards before.

He said she had received her provisional licence about 12 months before this incident, when she was driving unaccompanied. No L-plates were displayed on the vehicle.

“It’s one of those matters she regrets entirely. She was fully co-operative with gardai and pleaded guilty at the earliest opportunity,” Mr O’Gorman told the court.

The mother of the child, Rita Malone, from Pennywell in Limerick city, had prepared a victim impact statement, with her husband Patrick, from Clonlara, to read to the court.

However, Mr O’Gorman objected to this being read out, as such statements do not come under the Road Traffic Act in the district court. His contention was supported by Inspector Dermot O’Connor, Henry Street station.

“I accept his family have been affected by this completely. We are sorry from the bottom of our hearts,” Mr O’Gorman said.

Mrs Malone interjected at this point, saying that “no remorse has been shown and no one called to our house to see how our child was.”

Judge Marian O’Leary said this event represents “every driver’s and every parents’ nightmare” and said she hoped the child had made a good recovery.

She found that Ms Murphy was driving without due care and attention, under the charge of careless driving, and convicted and fined her €400 with five months to pay the fine. She declined to impose a ban from driving. Two additional fines of €150 were imposed for failure to show L-plates and not being accompanied by a qualified driver.

Judge O’Leary advised the family that civil proceedings are still available to them if they wish to pursue it further.

Speaking after the case, Mrs Malone said: “It could have been any one of those boys, unfortunately it was my child.

“We are very fortunate to have Oran still with us, and we think of those who have been killed in housing estates.

“This is happening throughout the country all the time and it’s very serious. We are just fortunate that the CCTV footage was there.”

In her statement, signed by both parents, they said Oran was a “happy go lucky, carefree, fun loving and confident boy” before the incident. Since then she said he has had a “lot to endure both physically and psychologically” and was “left in excruciating pain for months after this.”

“He has awful night terrors, flashbacks and night sweats. He is now a very nervous child both as a passenger and as a pedestrian on the road. He needs constant reassurance that he is safe,” they said.

“Having watched the CCTV footage we know we are very fortunate to still have our son,” they said.