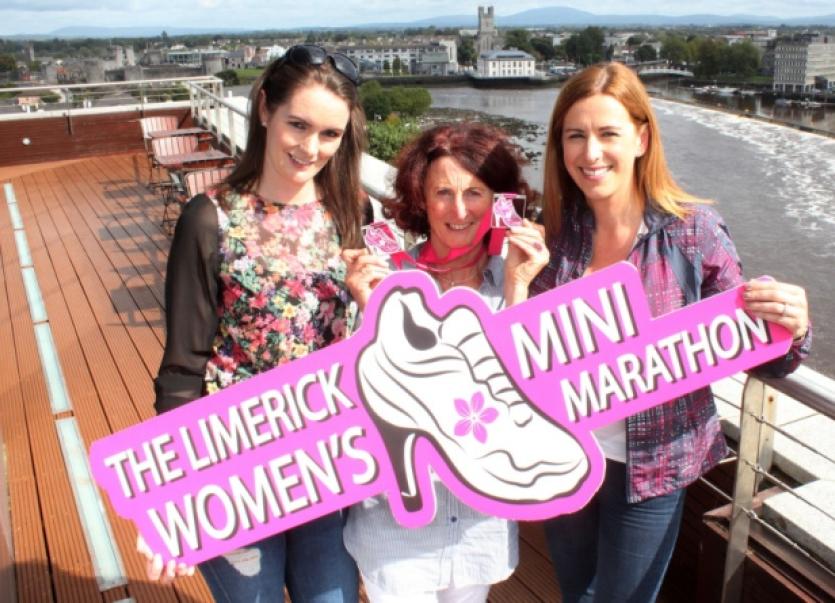 OVER 900 registrations have already been received for the 18th annual Limerick women’s mini marathon, which is just five weeks away.

OVER 900 registrations have already been received for the 18th annual Limerick women’s mini marathon, which is just five weeks away.

Instead it will comprise two distances of 5km and 10km to accommodate walkers, joggers and runners of all athletic abilities.

Race director John Cleary, who is also behind the Barringtons Hospital Great Limerick Run, said he hopes entries surpass the 3,500 mark this year, when it takes place on Sunday, October 25, during the bank holiday weekend.

“Registrations are flooding in and we expect to have in the region of 3,500 entrants this year, but we will be limited to 5,000.

“It’s a fantastic route, and all the ingredients are there to make this another brilliant event.

“It’s a race that has really stood the test of time; there are not many events where you see mothers, daughters and grandmothers all taking part side by side,” he said.

Entry costs €20 per person from now up to the week before the race, when the price is increased to €25.

Ronnie Long of Limerick AC said he hopes the race continues to grow in the years ahead.

Alan English, editor of the Limerick Leader and Limerick Chronicle, said the newspaper is proud of its association with the race over nearly two decades.

Apart from the main business of competing, Mr English said one of features that stands out about this race is the “fantastic feel good factor you cans ee on the day”.