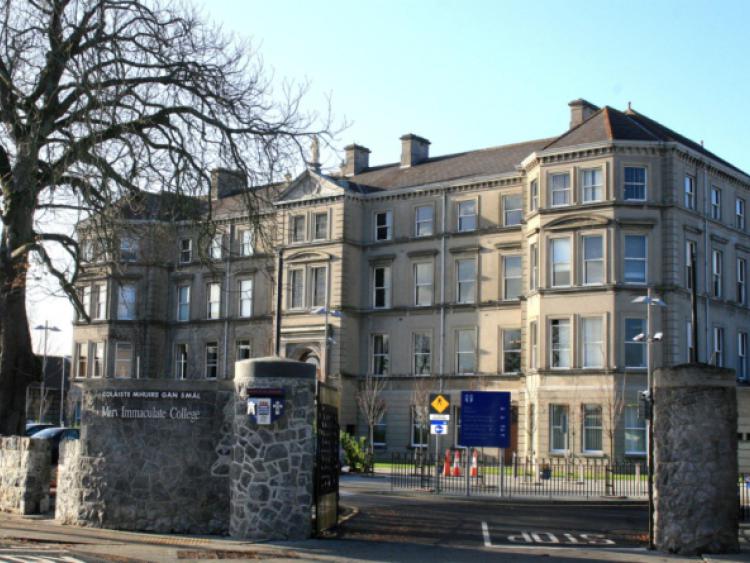 MARY Immaculate College will incorporate St. Patrick’s College in Thurles by July 2016, adding the running of its campus to their operations and its four undergraduate degree programmes to their academic portfolio.

MARY Immaculate College will incorporate St. Patrick’s College in Thurles by July 2016, adding the running of its campus to their operations and its four undergraduate degree programmes to their academic portfolio.

The announcement was made by college president Michael A. Hayes, and Minister for Education Jan O’Sullivan this week, as students returned to campus. Its student numbers will now exceed 3,500 for the first time, with 500 extra students on campus this year.

President Hayes said the St Patrick’s College announcement is “significant” for several reasons. “It provides MIC with the chance to significantly enhance its profile as a mission-distinctive institution of considerable scale, that is multi-campus in structure, and that has a large regional footprint.

“The geographic spread of MIC operations, together with a rise in student numbers, places the college into a new sphere within the higher education system. Because we have safe-guarded our status as an autonomous, Exchequer-funded institution, we now take on the mantle of largest independent HEI in the State offering the full continuum of professional education opportunities.”

He said it also provides the college with new opportunities to generate revenue that can be reinvested in their campuses.

“This will take time, of course, but we estimate that by 2020 – by which an infrastructure development plan at St. Patrick’s Campus will have been completed – student numbers will be approaching optimal levels and other investments in the estate will have begun to be realised allowing us to reinvest earned revenue.”

He said their standing priorities for the Limerick campus are the building of a new library and refurbishment of the Mount complex, on O’Connell Avenue, as a fit-for-purpose research and postgraduate facility which they will name the ‘John Henry Newman Campus.’

“Looking back over the last few years it is remarkable to take stock of some of the things that have been achieved. This is especially significant when one considers how many challenges stood before us in the wake of a radical reform agenda focused on higher education in Ireland,” said Prof Hayes.

He said that the future of MIC as an autonomous, independent institution “within the higher education landscape is assured”.

“The college has emerged from what proved to be a most trying period in a stronger position than any it has enjoyed over its 117-year history.

“This year marks a new high-water mark in student numbers which will exceed 3,500 for the first time. Our undergraduate suite of undergraduate offerings has expanded dramatically and now includes a new and innovative BA in Contemporary & Applied Theatre which commences roll-out to a new cohort of students this September.

“Demand for each of our existing undergraduate programmes is high with CAO points-levels remaining stable or increasing. Our BEd programme commands the highest points threshold in the State and our Bachelor of Education in Education and Psychology continues to attract the top points scorers.

“Postgraduate growth continues unfailingly on an upward trajectory and this October, the 100th doctoral award will be presented since our first PhD student processed in 2002.”