Limerick Samaritans ‘busier than ever’ 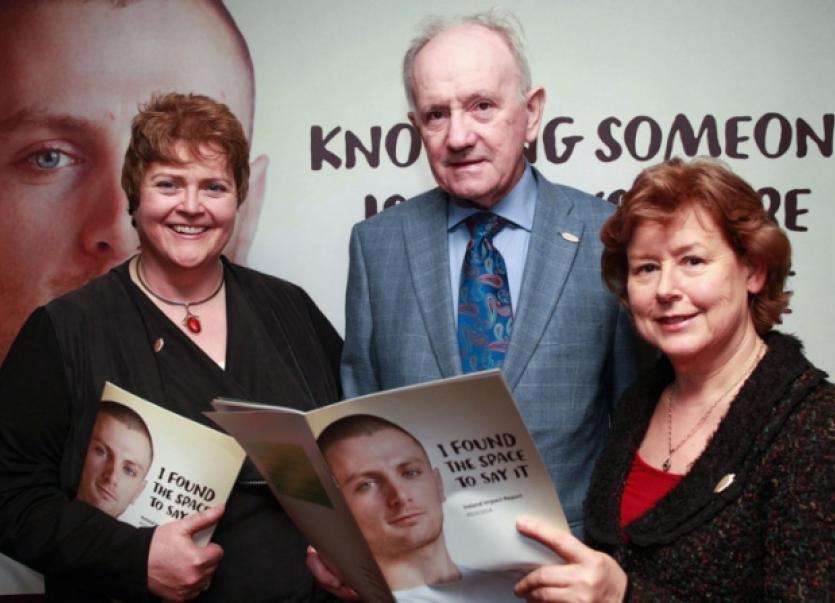 THE Samaritans in Limerick have been “busier than ever” this year, according to the charity’s regional director.

THE Samaritans in Limerick have been “busier than ever” this year, according to the charity’s regional director.

Demand for its services in Limerick is in line with huge increases around the country recorded in the 12 months to September 2014.

Calls to its helpline nationally increased by 52% to just under half a million over the period, according to a newly published report. This is in part accounted for a change in the helpline from a lo-call to a free number.

But there have also been increases in other forms of contact. The Samaritans received almost 12,000 e-mails and over 8,000 texts over the period in question and welcomed just under 8,700 people for face-to-face meetings at its network of branches including at Barrington Street, Limerick.

“The figures show that there is clearly a huge demand for our service and we are aware that many people are struggling to cope. It is now easier for people to call us and we have seen a significant increase in calls as result. Our volunteers are busier than ever and have increased the amount of listening hours they provide by over 38 per cent since the number was launched.

“The issues which people contact Samaritans about have remained consistent over the last number of years. These include family and relationship problems; financial worries; depression and mental health problems; loneliness; and stress and anxiety.”

Ms Sweeney said it was incorrect to assume that only the suicidal contacted the Samaritans. “We are here for anyone who needs to talk,” she said, adding that applied right through the holiday season.

“Samaritans is available round the clock, every day of the year. Many of our callers have told us that Christmas is a tough time for them, which is why our volunteers will be available throughout the Christmas period for anyone who is struggling to cope, including on Christmas Day. We’re incredibly grateful to the inspirational people who keep our service running every single day of the year when many others are closed,” Ms Sweeney said.

Samaritans’ helpline number is 116 123. Further information is available at www.samaritans.ie