A cut above: Last-minute trim for Conor before World Cup 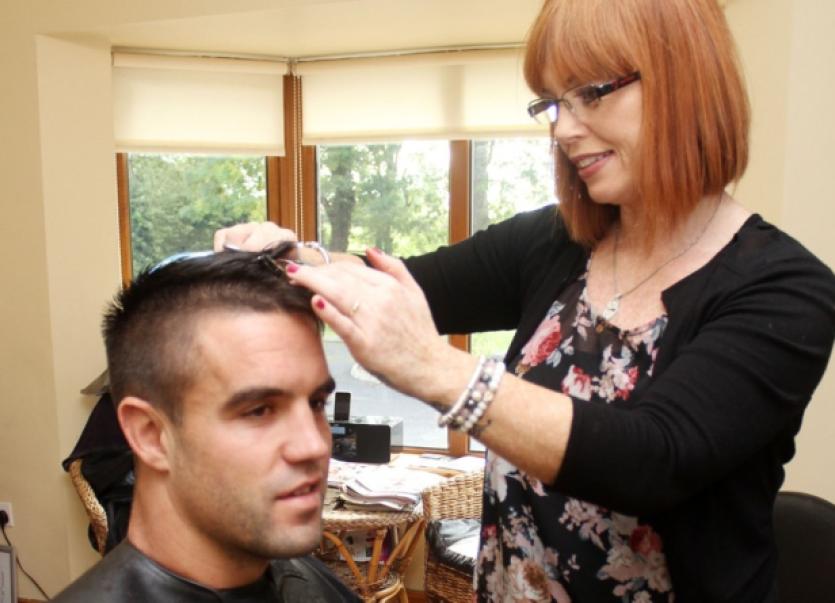 HE’S a cut above the rest! With just days to go to Ireland’s World Cup opener against Canada in Cardiff, first choice scrum-half Conor Murray had time for one last minute ritual this Wednesday – a trip to his local hairdresser.

HE’S a cut above the rest!

With just days to go to Ireland’s World Cup opener against Canada in Cardiff, first choice scrum-half Conor Murray had time for one last minute ritual this Wednesday – a trip to his local hairdresser.

Before every game the 26-year-old gets a trim – and what bigger test than the biggest rugby tournament in the world.

“I’m excited. We know that all the other teams are over there already. We are lucky that we are so close to the tournament that we get to be at home for a few extra days. I got to sleep in my own bed last night,” said Conor this Wednesday morning in his home village.

“We are excited for the weekend to get it going. I have a few mates in London and Cardiff and the buzz is building over there so I am really looking forward to it.”

Despite a concussion in the last warm-up game against England, Conor says he is “fit and ready to go”.

“We had two good training sessions Monday and Tuesday – tough sessions and I came through them fine so I’m ready. There was a bit of contact yesterday which is always part of a match week to get you ready for the weekend.

“I think we have been quite low key about it. I was lucky enough to go to the last World Cup so I know what to expect a little bit. I’m very excited and so are most of the people - it’s a lot of fellas first World Cup - it’s some fellas third. It’s Paul O’Connell’s fourth.”

“I have an idea what to expect. The last time I was a bolter. as they say. I was called into the squad in the summer and just kind of worked my way through and I was lucky enough to get on the plane. Four years ago it was new experience after new experience for me. I didn’t really know what to expect – I just enjoyed it, same as this time I am going to enjoy it but I’m a more experienced player and I kind of know what to expect and I have more expectation of myself at this World Cup.”

Has the rugby superstar any advice to young players hoping to be the next Conor Murray? “I just tried every sport growing up and then fell in love with rugby, got a few lucky breaks along the way. I did what I enjoyed. I didn’t try to force anything. I’d say just keep the head down and work hard and enjoy it.”

The Patrickswell man was thrilled with the Limerick U21s’ All-Ireland win on Saturday night. “I know a few of the lads. I remember Diarmaid Byrnes from when I was pucking around. He hangs around with a few of my mates. He is a bit younger than me but it’s great to see him doing really well. Cian Lynch is a bit of a superstar at the moment. They hockeyed Wexford and looked really good so hopefully they can progress onto senior level.”

Ireland take on Canada at the Millenium Stadium in Cardiff at 2.30pm on Saturday in their first match of the World Cup.