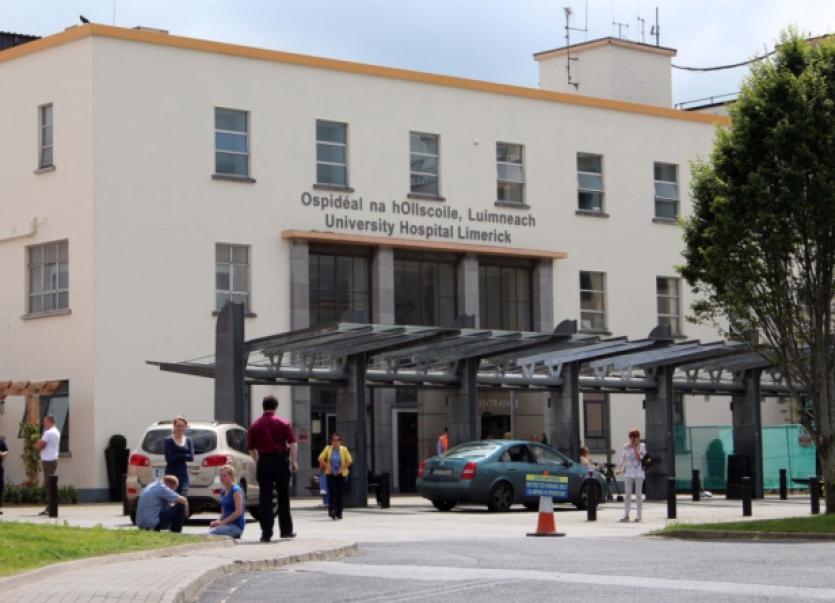 NURSES at acute hospitals across the region will cut back on administrative work should a ballot being conducted next week result in a mandate for industrial action.

NURSES at acute hospitals across the region will cut back on administrative work should a ballot being conducted next week result in a mandate for industrial action.

The plan entails moving patients on trolleys into wards and transferring others to Ennis, Croom and Nenagh - but, according to nurses, without allocating any extra nursing staff to look after them. Both the Irish Nursing and Midwives Organisation and Siptu are to ballot nurses at acute hospitals across the region on January 5.

Management has expressed its “disappointment” over the move.

The INMO says University Hospital Limerick alone needs 50 to 60 nurses appointed to permanent positions. Resources were so stretched at this hospital, the INMO’s Limerick representative Mary Fogarty said this Wednesday, that there was no cover for women going on maternity leave. The shortfall in nursing positions across the region could be as many as 100, according to the INMO.

“The problem isn’t just the emergency department; the problem is the lack of management input into the flow of patients at the hospital (Dooradoyle). We have admissions into the hospital from outpatients and from GPs. There is elective work going on. And the last patients to get a bed are those waiting on trolleys in the ED,” said Ms Fogarty.

“So what we have asked the hospital to do is to utilise the agreed admissions policy whereby once they get to 85% capacity, that they then start curtailing their activity. However, what they are doing now is curtailing activity when they are 120% over capacity.”

In its attempts to address chronic overcrowding in ED, management had already opened 30 beds in the area that formerly housed the acute medical assessment unit (AMAU). But Ms Fogarty asserted they had done this without providing for staffing or the €2 million in additional funding that had been sought for this by Fine Gael’s Deputy Kieran O’Donnell among others.

The AMAU itself had technically been moved elsewhere within the hospital but had not been functioning properly for a number of weeks, she added.

“I understand there was a consultant on maternity leave who was never replaced so it is just another port for the ED. It isn’t actually assessing patients really, just admitting. Technically it is open but it is unsafe,” said Ms Fogarty.

Reacting to the ballot this week, a spokesperson for UL Hospitals Group commented:

“UL Hospitals is disappointed that the INMO and Siptu will ballot members for industrial action over the contingency plan put in place to deal with overcrowding in the ED at University Hospital Limerick.

Patient safety remains a core priority for UL Hospitals and we take seriously concerns raised by staff about patient safety. It is on this basis that the action was taken to transfer patients from an overcrowded ED to trolleys and beds on wards so that patients can be cared for in a more appropriate setting.

“The executive management team will conduct a review of the patient care model and continue to engage with staff to ensure that we are able to provide the best possible care to patients in whatever hospital site or ward they are located. Extra temporary nursing staff who were due to start in the new year are currently being contacted to bring their start date forward to effectively support additional patients on wards.

“UL Hospitals welcomes the engagement of the unions in finding a viable short-term solution to over-crowding in our existing ED until our new ED opens in 2016,” the spokesperson stated.

Ms Fogarty said that the recruitment campaign referred to by management was nowhere near enough. She understood that only 16 people had been interviewed and that nurses on two-year contracts were not good enough when permanent appointments were needed.

Management’s proposal to admit extra patients from ED to wards on trolleys or extra beds had been tried before without success, Ms Fogarty said.

“It only had an impact for two weeks and then the whole system backed up again.”

Should nurses decide in favour of industrial action, it would must likely take the form of a work-to-rule some time in January.

“Nurses would stick rigidly to their job description, which is clinical care. They would not be doing any non-essential clerical and administrative work,” said Ms Fogarty.