New York street to be renamed after “proud Limerickman” 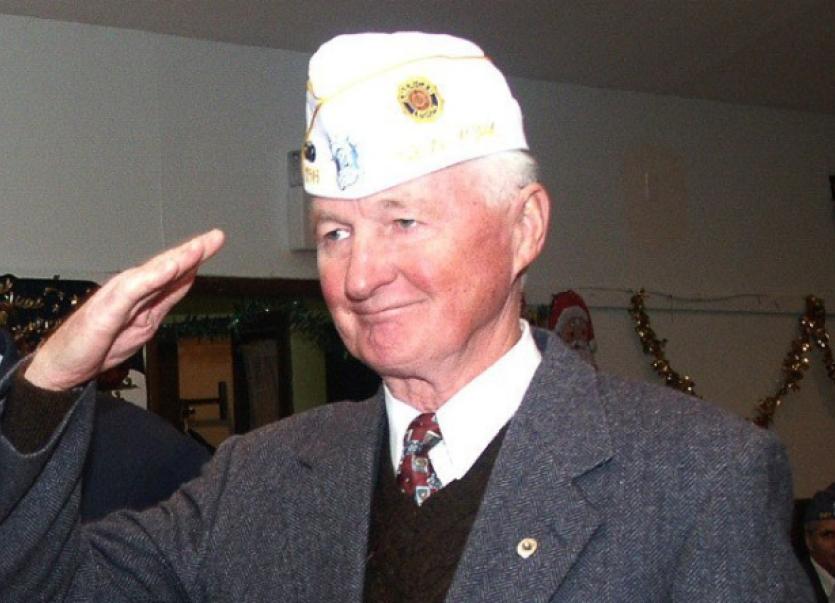 NEW York City Council has voted in favour of renaming a street in the Bronx, in memory of a former CBS Sexton Street student for his service to the local community.

NEW York City Council has voted in favour of renaming a street in the Bronx, in memory of a former CBS Sexton Street student for his service to the local community.

The late William Clancy, who considered himself a “proud Limerickman”, will have his name inscribed on street signs on City Island, after New York City Council hosts a ceremony in his honour on September 26.

The council unanimously voted in favour of Mr Clancy’s name to be “immortalised” in the Bronx for his five decades of service to the American Legion, where he worked on behalf of army veterans.

Though William, who passed away in 2013, was born in the United States, his family members who are attending the ceremony as part of the Limerick contingent said that his father, also William Clancy of Edward Street, ensured that his son kept his Limerick connections.

According to Daniel Mooney, of Belfield, Ennis Road, Limerick who is William’s first cousin, the father sent him to Limerick to “be immersed in Irish culture”, and studied at CBS Sexton Street for one year, before returning to the States in April 1946. This was also a year after his father’s mission as a minesweeper in World War Two.

Mr Mooney said that the man being commemorated later this month “never missed marching in the Paddy’s Day Parade in New York under the Limerick banner”. He added that William was also a “great Young Munster supporter”, as he was influenced by his uncle Alexis’ scrum-half skills on the local playing fields..

He told the Limerick Leader that many of William’s “Limerick moments” were with his uncle Paddy Clancy of Janesboro, who used to teach him about the family’s Abbey fishermen traditions.

“My grandfather, and his grandfather as well, had one of these fisherman’s huts up in Plassey. And Bill would always make the journey up to Plassey to walk, and he would go with uncle Paddy and they would discuss how the Abbey fishermen got their salmon and where they got their salmon.

“He also loved nothing better than to walk the streets of Limerick with Paddy, and he would tell him stories about the city.”

Mr Mooney, who first met the American Legion commander when he was nine years old, said that he also loved watching his uncle Bud Clancy steer the famous Bud Clancy Orchestra during their Big Band days in the 1950s and 1960s.

Daniel, who will attend the ceremony with his son, also Daniel, and his wife Maureen, said that one of William’s wishes was to “make a conscious effort to keep this relationship going, so that the next generation will connect with each other”.

Daniel said he has kept that promise with his commemorated cousin.

“We did that and we have worked at it. I have been to City Island, New York, numerous times, as has my family. And he had been coming, up until his death, on a regular basis every two to three years,” he said.

The ribbon-cutting of Commander William G Clancy Lane will take place at Leonard Hawkins American Legion Post, where he began service in 1963 as an army veteran.

According to a recent publication in the Bronx Times, as a commander in 1996, he spearheaded the national campaign to recognise prisoners of war (POW) and missing persons in action (MIA), which led to the declassification of POW and MIA documents by the US Department of Defence.

At the time of his passing, William was a candidate for New York State commander of the American Legion.

Daniel said that his Limerick family is “immensely proud” of William’s recognition in the New York.

“I couldn’t overstate how proud we are. It’s definitely a unique type of celebratory event.”

According to a family member, there was a “massive turnout” for William’s funeral in September 2013, where many Irish people and members of the community paid their respects.