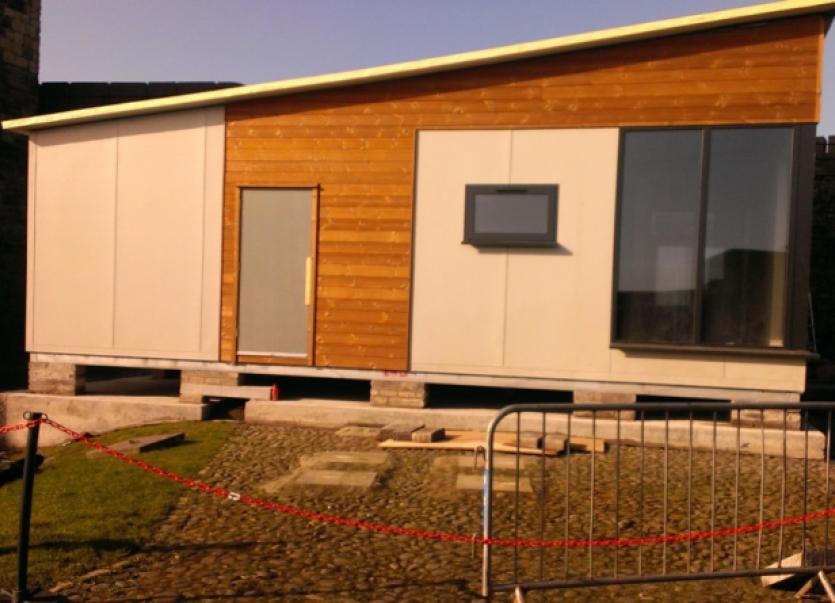 LIMERICK City and County Council is to consider using prefab homes in a bid to cut the housing waiting list.

LIMERICK City and County Council is to consider using prefab homes in a bid to cut the housing waiting list.

A spokesperson for the local authority said they have been contacted by providers of modular units “and will be reviewing” the plans “for information purposes”.

There are over 6,000 people waiting to be put in state accommodation across Limerick, and the council may follow in the footsteps of Dublin’s four local authorities in looking to provide temporary units at a cost of €35,000 and €80,000.

The proposals have received a mixed reaction from members of the council’s housing committee.

Cllr John Gilligan said he is “absolutely appalled” at the idea. But Mayor Jerry O’Dea said it could be a “fantastic alternative” – if the units are built in small groups. Cllr Maurice Quinlivan believes it could be “part of the solution” – but warned against temporary units becoming permanent. And Cllr Joe Leddin believes this should have been proposed “a long time ago”.

Independent councillor Gilligan said: “I know we have been complaining that things are so bad in housing, they would consider giving out tents to people – well, this is half way there. It is not what people want, it is not what we should be doing.”

The Independent councillor raised questions over the temporary nature of these units, saying: “They are saying they will be there for six months. Does that mean they will have houses for everybody after six months? If that’s so, why are they doing this?”

Mayor O’Dea, Fianna Fail, says the council has a “social responsibility to house people with care and not rush into quick solutions”.

Saying the days of putting people in big estates are over, he added: “Clusters of small houses are a hood idea. From what I have seen, these houses are quite complete, and may be a fantastic alternative to the traditional building of family homes. If there is something to investigate there, I would be right behind it.”

Cllr Quinlivan, Sinn Fein, said he “would not rule it out”, adding: “I would be concerned at the cost of them, and whether a temporary solution could end up being a long term solution. But I would be very interested in having a look at them. We have 5,000 people on the housing waiting list. We have families in bed and breakfasts, and I imagine every councillor talks to people who are having housing problems.”

Cllr Leddin, Labour, said: “I think every avenue should be explored. We have a crisis, and no-one should be in a situation where single people or families should be brought up in B&Bs. If these modular-type houses do what they say on the tin, and are structurally secure and sound, I think they certainly should be considered. I would have no ideological issue against them.”

If Limerick did adopt prefab houses for social accommodation, it would likely be the first city outside Dublin to do so.

In the capital, six different styles of prefabricated homes of differing cost and finish were put on show.

This week, it was revealed that there are 147 people considered homeless in the city.

Included in these figures are 13 families, of which 27 are children.

They are staying in a combination of supported accommodation and bed and breakfasts.