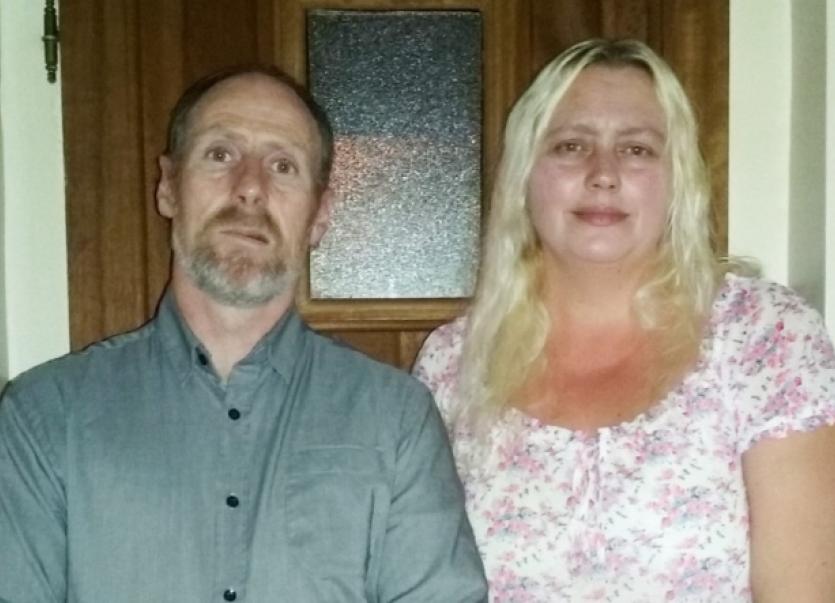 AN eight-year-old boy from West Limerick has not seen the inside of a classroom since last March, leaving his parents in a desperate Catch-22 situation.

AN eight-year-old boy from West Limerick has not seen the inside of a classroom since last March, leaving his parents in a desperate Catch-22 situation.

They passionately want their son to get back to school but no school in their area is willing to take him.

And the best the education authorities have come up with is to offer him nine hours of home tuition.

Meanwhile, Yvonne and Noel Conway say being out of school is having an adverse effect on their son, Camryn, who has been diagnosed with ADHD and with Oppositional Defiance Disorder.

He is, they explain, isolated, increasingly frustrated and missing his school friends. “He sees his friends going off in their uniforms and he doesn’t understand why he can’t go too,” says Noel.

And they believe their bright, academically smart and sensitive boy is missing out on his education. “We can do as much as we can but it is not the same, doing it with your parents,” says Yvonne.

Even more crucially, perhaps, Yvonne explains, he is lacking the security of a structured day which is vital for a child with his diagnosis. In addition, she says, they are concerned about the effect on his self-esteem and his socialisation skills.

And outside of the school setting, he is not able to avail of the services of the child psychologist who helped him to modify his behaviour.

Now, his parents are at their wits’ end, wondering what his future will be.

Camryn was suspended from school last March following an incident in which he kicked a teacher and threw stones at her. The Conways have made it very clear they did not and do not condone the child’s behaviour, although it was days after the lad was suspended before the incident was explained to them fully.

What he did was wrong, they say simply. “He was pulling grass out of the ground and was told to stop but he wouldn’t stop. The sanction was five minutes time out,” his mother explains. The boy then got worked up, kicked the teacher and threw stones at her.

It was the third serious incident in four years, Camryn’s parents acknowledge.

An investigation was then conducted by the board of management but ended, to their dismay, with Camryn being expelled. His parents appealed the expulsion, a process which they found both stressful and painful, but failed to have it overturned,

Since they were told, in August, that their appeal had failed, Yvonne and Noel have been trying desperately to get another school place for their son. They applied to other schools in the locality but so far, at least two schools have refused to take him.

And they have been told that the only option open to them is to appeal these refusals, something which could take weeks or even months.

“He has been singled out and now nobody else will take him,” says Noel.

Meanwhile, Camryn’s education has been seriously disrupted. Just before the summer holidays, 16 hours of home tuition were provided over two weeks and this week, a further period of home tuition of just nine hours a week began.

Over the last weeks and months, Noel and Yvonne have contacted politicians, agencies and even the Minister for Education and Skills, Jan O’Sullivan in a bid to secure a school for their son.

When the issue was raised in the Dail by Fianna Fail TD Niall Collins last May, Minister O’Sullivan told him she had no authority to compel a school to admit a pupil, except when an appeal against an expulsion was upheld.

“The Educational Welfare Service of the Child and Family Agency (EWS) is the statutory agency which can assist parents who are experiencing difficulty in securing a school place for their child,” she said .

The Education Welfare Service in Limerick told the Limerick Leader they were working very closely with the family but refused to comment any further on the issue.

However, Yvonne and Noel Conway say that they have been left alone to try to secure a new school for their son. And so far, they have not succeeded.

It is ironic, Noel says, that Tusla, the Child and Family Agency, is bringing other parents to court for failing to send a child to school and yet they find themselves having to fight to secure a school place for their son.

The solution, as they see it, would be to have a dedicated, full-time SNA or special needs assistant assigned to Cameron, instead of the 16 hours he was given at his former school. They also believe that if school staff were trained in therapeutic crisis management, they would be better equipped to head-off and/or to deal with incidents or outbursts. Camryn’s behaviour had been improving over the past year, they say, and they are confident that as he matures and as his coping skills improve, his behaviour would also improve further.

He needs all the help he can get though,

But without a school, none of this can happen.

And it seems, for the moment, that there is no school willing to take an eight-year-old who wants to be there.