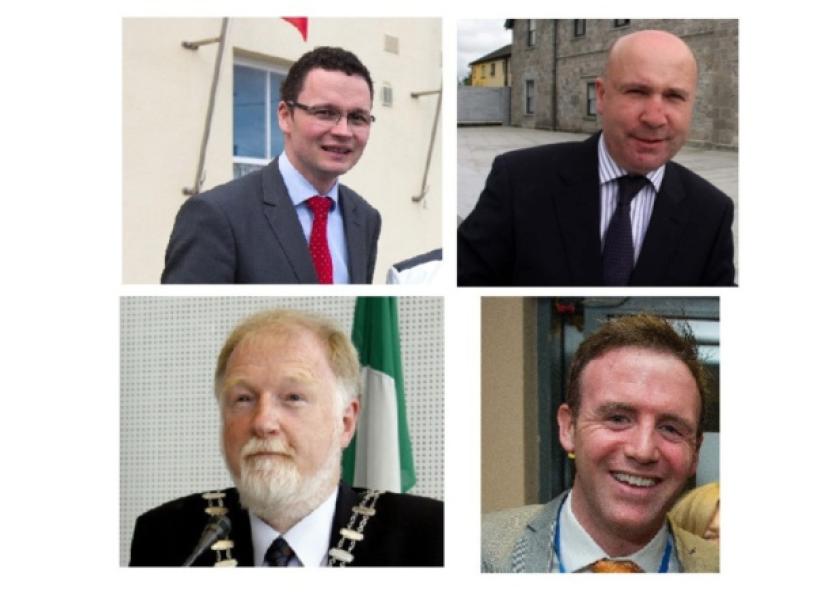 WITH just days to go before Fine Gael selects its general election candidates for the Limerick County constituency, a fierce battle for support is ongoing among the four men who want to get on the ticket.

WITH just days to go before Fine Gael selects its general election candidates for the Limerick County constituency, a fierce battle for support is ongoing among the four men who want to get on the ticket.

The four who will go before next Monday’s selection convention in Adare are sitting TD Patrick O’Donovan and Cllrs Tom Neville, Bill O’Donnell and Jerome Scanlan.

But the party’s ruling executive has yet to issue a direction as to how many candidates it wants to stand in the reformed Limerick County constituency.

Earlier this month, the Limerick City constituency selected sitting TDs, Finance Minister Michael Noonan and Kieran O’Donnell to contest the next general election and the likelihood is that Limerick County will also be directed to select two candidates.

“Generally, the direction is given on the night,” Jim McMahon, the party’s regional organiser told the Limerick Leader this week when he stressed that he did not know what the executive’s decision was. It would be “very, very rare” for the direction to be issued in advance, he said.

But he added that it was open to the party’s executive committee to add to or delete from the candidate list chosen by the convention.

In 2011, Patrick O’Donovan and Dan Neville were selected at convention but Bill O’Donnell was later added.

Registration for next Monday’s convention begins in the Dunraven Arms Hotel at 6.30pm. There are approximately 950 Fine Gael members in the constituency, according to Mr McMahon but it is possible that not all of them will be eligible to vote on the night. Under a revised party rule, a person must have two years’ membership before they are entitled to vote at convention. This would clearly reduce any possibility of boosting any one candidate’s chances in the immediate run-up to a convention.

However, Mr McMahon said: “There has been a consistency in the membership in Limerick over the past few years.” And this held, he explained, despite the fact that there had been various changes in the constituency boundaries.

He also pointed out that the party nationally was on track to reach the new gender quota, which obliges parties to have a minimum 30% of women candidates or face cuts in its funding.

Junior Agriculture Minister Tom Hayes will chair the convention and voting will take place once certain formalities have taken place. The result is expected sometime after 9.30pm.