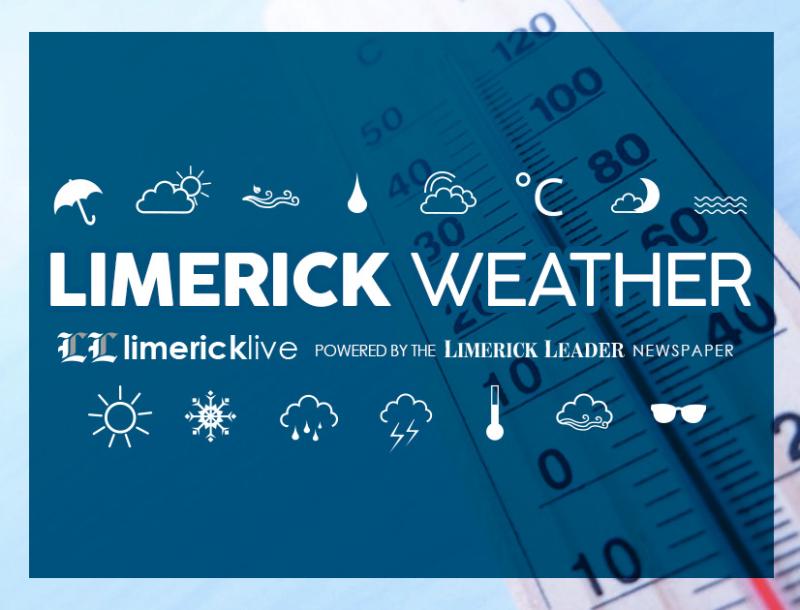 ANY MIST and fog will soon clear. Then, there will be a mix of scattered showers with sunny spells. Highs of 14 to 17 degrees in light or moderate northwest winds.

Drier weather over the weekend and turning cooler.

Tomorrow, well scattered showers, but overall mostly dry with sunny spells. Another fresh day with highest temperatures of 14 to 17 degrees and a light or moderate northerly breeze.

Dry and cool with light northwest winds tomorrow night, where it will turn cloudier. Temperatures could fall as low as three degrees again.

Limerick hurling manager cuts ribbon on a Beacon of healthcare

A cloudier day with scattered showers on Sunday. Highest temperatures of 14 to 17 degrees. Turning breezy later in the day with moderate to fresh westerly winds developing. There will be a spell of rain during Sunday night. Overnight lows of eight to 11 degrees.

Showery conditions with some bright intervals as we start the new week on Monday. Feeling chilly with highs of 13 to 16 degrees in a brisk northwest wind.

Temperatures remaining a little lower than the seasonal norm heading into midweek, with further showers in a northerly airflow.