Dogged Limerick inspector won’t be ‘jetting off’ into the sunset 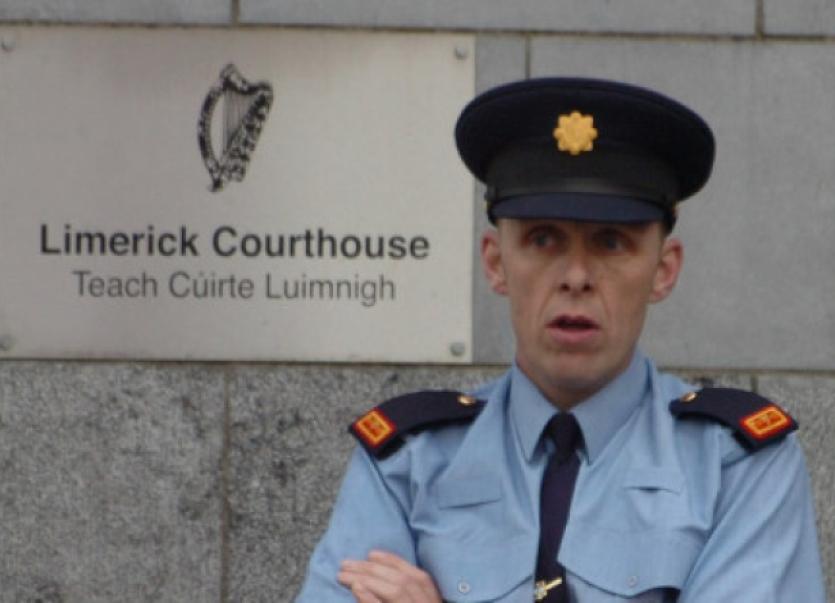 TRIBUTES have been paid to Inspector Seamus Ruane, who is set to retire from the force next week following more than 30 years of service.

TRIBUTES have been paid to Inspector Seamus Ruane, who is set to retire from the force next week following more than 30 years of service.

Insp Ruane, who has spent most of his career in the Limerick and Clare divisions, has been based in Limerick city since 2007 - serving at both Roxboro Road and Henry Street garda stations.

He began his career in Dublin and also served for a short time in County Donegal.

During his final day prosecuting at Limerick District Court, Judge Eugene O’Kelly commented that he does not expect the popular inspector will be “taking his slippers and pipe and jetting off into the sunset” following his retirement.

Judge O’Kelly, who first encountered Insp Ruane when he was a garda in Kilrush, joked that he had followed him into Limerick following his elevation to the bench in 2012.

He said Insp Ruane had proven to be a tough and dogged prosecutor but that he was always very fair as a prosecutor.

“I know that my colleagues always have highly regarded your experience as a police officer and your knowledge of the law and it never surprised me throughout your career to hear that you were being promoted further and I was delighted that you were prosecuting in this court,” said Judge O’Kelly..

Wishing Insp Ruane the best in his retirement, solicitor Ted McCarthy said he has always been “well informed of the law”.

He added that while he has often had battles with him in court, they were always “left on the pitch afterwards”, ensuring that he and Insp Ruane had developed a personal friendship.

Addressing the court, Insp Ruane said he has enjoyed his time working in Limerick and that he has loved prosecuting in the district court.

“I have enjoyed every day I have been here,” he said, adding that he had not taken the decision to retire lightly.

Insp Ruane, who is originally from County Galway, said despite the adversarial nature of the courts, he has made many friendships down through the years.

He thanked the people working “in the background” who have “contributed in a big way” to the running of Limerick District court, which he said was one of the busiest in the country.