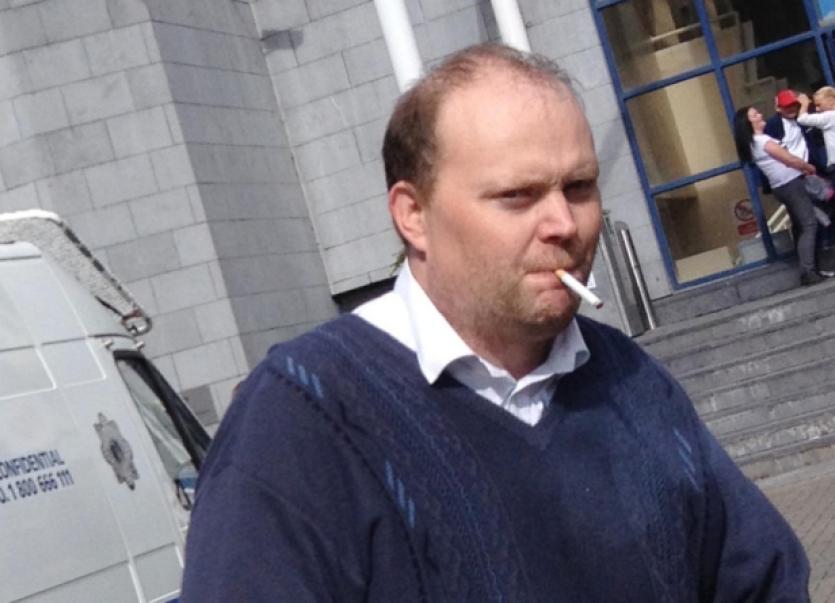 A BALLYSIMON man who repeatedly rammed a Mercedes car in a road rage incident near his home received a lengthy prison sentence.

A BALLYSIMON man who repeatedly rammed a Mercedes car in a road rage incident near his home received a lengthy prison sentence.

Aidan Power, aged 37, of Miltown, Ballysimon also admitted threatening to shoot gardai when they arrived at his home a short time later.

During a sentencing hearing, Garda Barry Moylan, said the incident happened at around 10pm on September 1, 2013.

He said a Volkswagen Bora being driven along the N24 in the direction of the city was clipped by Mr Power’s red Daewoo after it swerved onto the wrong side of the road forcing the driver to take evasive action.

Garda Moylan told John O’Sullivan, prosecuting, the collision was witnessed by the driver of a silver Mercedes car which was travelling in the outbound lane at the time.

As that car slowed down, the defendant performed a u-turn and drove straight at it before repeatedly ramming the front of it.

The court was told that after the driver of the Mercedes managed to reverse away, the defendant then drove to his home, which was located a short distance away.

Gardai were alerted and following their arrival they entered the driveway of Mr Power’s home, where he lives with his parents.

However, Garda Moylan said they retreated after the defendant shouted he had a gun and threatened to “open fire” .

Mr Power was arrested by members of the armed Regional Response Unit following a short stand-off, which lasted for around ten minutes.

Judge Carroll Moran was told that during the stand-off, Mr Power rang 999 from inside the house telling the operator he would “take out” the armed gardai.

However, Garda Moylan said the defendant “came out peacefully” and that no gun was found.

He agreed with Mr O’Sullivan the actions of the defendant could had been catastrophic but for the fact that the drivers of the two cars had been driving at moderate speed.

Mark Nicholas BL said his client is “highly volatile” and that he has certain psychiatric difficulties.

He said Mr Power had been drinking on the night and that an “explosive situation” had developed.

“It was absolutely bizarre and dangerous behaviour,” he said adding that when his client takes his medication he is fine. “If his serious psychological difficulty wasn’t there, he wouldn’t be here (before the court),” he added.

Mr Nicholas said his client comes from a decent family and that was happened was a result of a “perfect storm of alcohol and medication”.

Imposing sentence, Judge Moran noted that while the defendant is “not insane” he does suffer from psychological problems.He said the gratuitous nature of the road rage incident was “very alarming” and that the threats made against the gardai were an aggravating factor.

He imposed a four-and-a-half year prison sentence, suspending the second half. The sentence is to be served consecutively to a separate one year sentence which was imposed in relation to an incident at Great Gas petrol station, Ballysimon Road on May 23, 2011. This means he will serve a total of three years and three months.