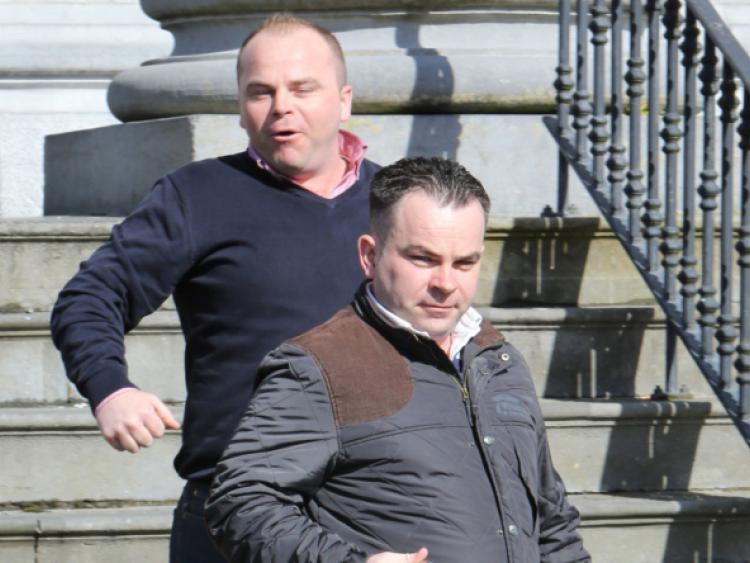 AN Irishman arrested by German police for trying to sell illegal rhino horns has been named as Michael O’Brien from Rathkeale.

AN Irishman arrested by German police for trying to sell illegal rhino horns has been named as Michael O’Brien from Rathkeale.

The 29-year-old was detained at Frankfurt airport on Friday, October 1 after he allegedly tried to sell the horns to a number of Chinese men. Two of his customers have also been detained by German police.

It is understood they were arrested for alleged breaches of the Endangered Species Act.

Reports suggest that police swooped after observing the transaction in a hotel lobby.

The men are still in custody in Frankfurt.

A spokesman for An Garda Siochana said they were aware of the arrest of an Irishman in Frankfurt but could not confirm his identity.

“The German police have been liaising with An Garda Siochana through Interpol and the other relevant agencies,” said a spokesman in the garda press office.

In January 2010, Michael O’Brien of Roches Road, Rathkeale and his brother Jeremiah were arrested at Shannon airport with rhino horns worth nearly €500,000.

In March of last year, both men pleaded guilty to charges of illegally importing the horns at Ennis district court.

Michael O’Brien admitted importing four rhino horns to the value of €260,400, while Jeremiah O’Brien pleaded guilty to importing €231,760 of the items.

Dermot Twohig of the Revenue Commissioners told the court that the horns were found in the O’Briens’ luggage after they flew back to Shannon from Faro in Portugal.

Both men were fined €500 each for the offences.

Rhino horns have become an extremely valuable commodity, particularly in parts of Asia where they are used in traditional medicine and as status symbols. It is estimated that rhino horn can fetch up to €60,000 per kilo with a large horn worth over €200,000.

The high prices which can be obtained from their sale, combined with the, to date, relatively lenient penalties if caught, has led to a number of criminal gangs becoming involved in their trade. They have targeted museums, private collections and other premises where antique horns may be stored.

One of the most high profile of these incidents was the theft of eight horns valued at €500,000 from the National Museum of Ireland last April.

In January of this year, the Co Cork home of dancer Michael Flatley was also broken into by criminals who stole an antique horn.

Rathkeale-based criminals have been linked to this lucrative trade. Last September, Gardai and Criminal Assets Bureau officers raided a number of houses in Limerick city and Rathkeale as part of an investigation into the theft of rhino horns and other rare artefacts.

Two other men from the town have also been jailed in the United States for attempting to buy rhino horns from undercover FBI agents.

Europol has been tracking a suspected organised crime gang, which reportedly has strong connections in County Limerick.

The agency has previously warned the gang is one of the most significant players in the illegal global trade in rhino horns.