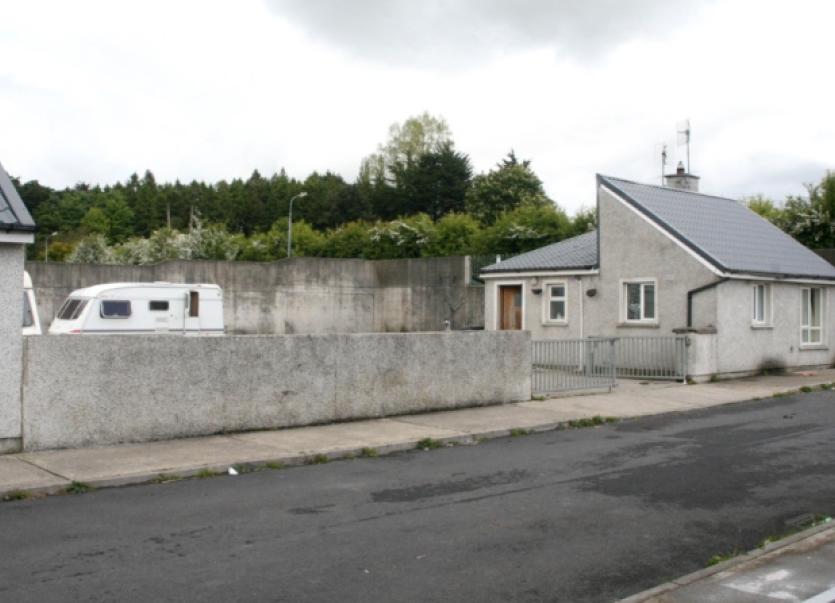 A JUDGE refused an application from Limerick City and County Council to exclude a Traveller from a halting site.

A JUDGE refused an application from Limerick City and County Council to exclude a Traveller from a halting site.

Judge Marian O’Leary adjourned the case with liberty to reapply if John O’Reilly, aged 26, doesn’t obey conditions set down by the council.

Will Leahy, solicitor for the council, said they were applying for the exclusion order of Mr O’Reilly from Kilmurry View halting Site, Castletroy and the halting site in Childers Road.

The court heard that Mr O’Reilly was involved in anti-social and threatening behaviour including telling one social worker he would “bite their face off”.

“A unit is essentially a house with no bedrooms. They sleep in their caravans which is in-keeping with the Traveller lifestyle. They can come and go,” said Mr O’Connor.

However, as Mr O’Reilly doesn’t have a caravan he sleeps in the unit and is “frustrated” at the condition of the unit.

“I can’t fill my bath, there is water dripping down through the roof, I haven’t been able to light the stove since last year as the smoke goes everywhere and I have to open a window,” said Mr O’Reilly, who pays €10 a week to his mother for rent.

There was lengthy legal argument about whether he was a tenant of the council or not. Mr O’Reilly understood that he was but Judge O’Leary found with the council that he didn’t have a tenancy agreement.

Mr O’Reilly also said the door was not up to standard, the cooker was not wired, the washing machine was broken, presses were broken and he has to climb over his bed to get across the room.

The council employee said Mr O’Reilly has a history of anti-social behaviour.

He has threatened staff, contractors, made an abusive phone call, damaged CCTV cameras and threatened to bite a “social worker’s face off”, said the council worker.

With regard to €1,400 worth of damage to CCTV cameras, Mr O’Reilly’s solicitor, Jenny Fitzgibbon, said it couldn’t be proved that it was her client.

“The person emerged from his bay wearing a hoodie and had a similar physical appearance. He also returned to his bay,” said Seamus O’Connor.

Sergeant Oliver Kennedy took the stand and said he was contacted by Limerick City and County Council in relation to Mr O’Reilly making threats to damage CCTV cameras in September 2012.

“I went to the site and spoke to him about his general behaviour. He informed me of issues with his accommodation. I gave him a caution and told him to take it up in the correct channels.

“In October 2012 I was made aware he put a vehicle across the path of workers and was threatening and abusive. I issued an anti-social behaviour warning notice.

“In November 2014, there was an allegation that Mr O’Reilly struck a council representative. There was no formal complaint. In March 2015 I was informed Mr O’Reilly was threatening and abusive to contractors doing work on CCTV.

“I was further informed he made a very threatening phone call to a council employee.

“From speaking to Mr O’Reilly he says he has grievances that are not being addressed and he is taking out his grievances on council employees and contractors doing their work,” said Sgt Kennedy, who added that a second anti-social behaviour warning notice was issued on Mr O’Reilly. He denied receiving it.

Ms Fitzgibbon asked if her client had ever been arrested, or if he any criminal convictions with regard to the alleged offences.

“No,” Sgt Kennedy said. “A statement was made but they expressly wished that they did not want to come to court.” Sgt Kennedy added that the gardai were fully supportive of the council’s exclusion order application.

Mr O’Reilly took the stand and accepted he was a “nuisance”.

“Everybody seemed to get everything done except me. I apologise for everything I did,” said Mr O’Reilly. He reiterated his issues with his unit and said CCTV cameras faced into the back of his house and were “looking at me”.

Judge Marian O’Leary dismissed the exclusion order for the halting site in Childers Road but convicted him in relation to Kilmurray View.

“I am not going to exclude him at the moment. I am adjourning the matter for a period of time with liberty to re-enter,” said Judge O’Leary, who ordered that he agree with conditions set down by the council. “Any breach and I will exclude you,” she said.