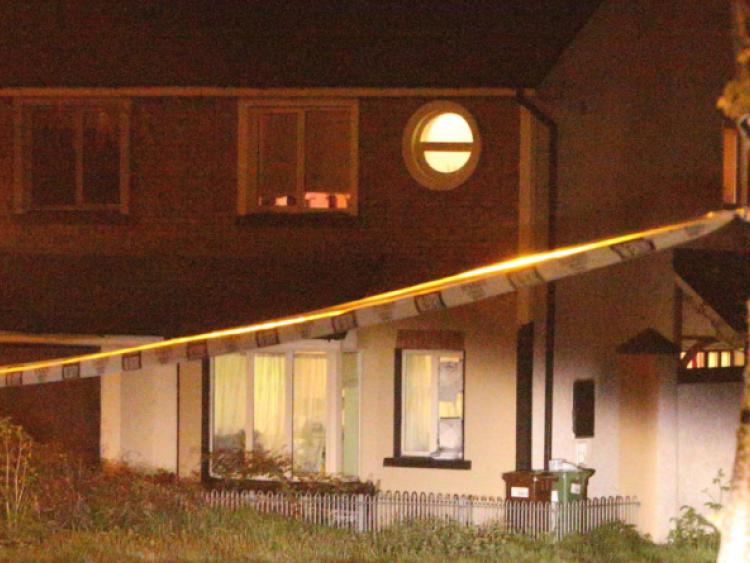 TWO arrests have been made in connection to the discovery of a man’s body in a house in County Limerick last night.

TWO arrests have been made in connection to the discovery of a man’s body in a house in County Limerick last night.

Shortly after 11pm Gardaí were alerted after a man, who had suffered apparent stab wounds, was found at a house in Pallasgreen in County Limerick. He was pronounced dead and his body remains at the scene.

Gardaí are investigating all the circumstances surrounding the discovery of the body of the male, aged 30 years, who is understood to be from Limerick city.

A woman, 34 years, was taken to University Hospital Limerick with an apparent stab wound. Her injuries are described as non-life threatening.

Two men, 20 and 32 years, have been arrested in connection with this investigation and are currently being detained at Henry Street and Roxboro Road Garda Stations under Section 4 of the Criminal Justice Act, 1984.

The scene has been preserved and the offices of the State Pathologist have been notified.

Gardaí are appealing for witnesses or anyone with information to contact Bruff Garda Station on 061 382940, the Garda Confidential Line on 1800-666111 or any Garda Station.

One local who spoke to the Limerick Leader this morning said: “It was absolutely shocking to wake up to this news. From what I can gather from speaking to others they are not natives of Pallasgreen.”

Gardai and the emergency services were alerted after a 999 call was made about an incident at a house in The Grove Estate. It’s understood there was between seven and eight people in the house at the time.