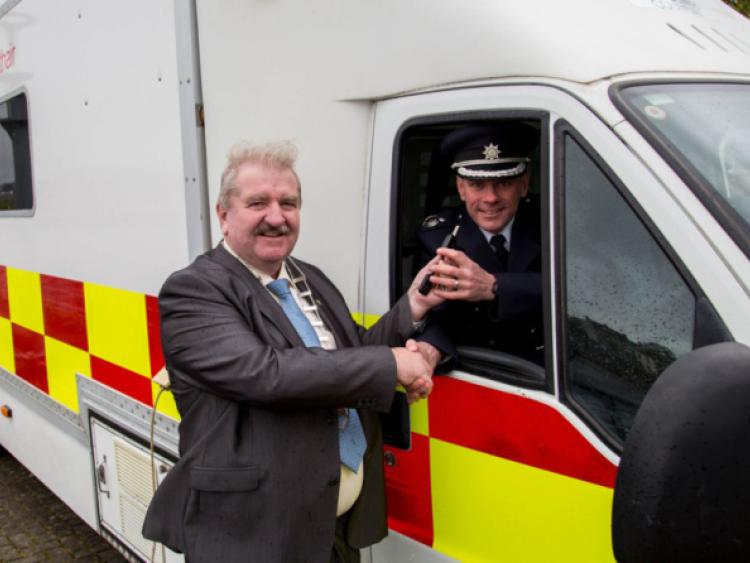 LIMERICK City and County Council has unveiled a new mobile co-ordination unit which will be deployed during major incidents.

LIMERICK City and County Council has unveiled a new mobile co-ordination unit which will be deployed during major incidents.

The unit, which was commissioned as part of the Major Emergency Management programme, will act as an on-site command and control centre when needed.

Niall Murray, assistant chief fire officer, who oversaw the fitting out of the vehicle, says it has been designed to be functional and to allow personnel to respond to incidents irrespective of location.

“The new co-ordination vehicle allows us access an electronic information management system which is used to identify key issues and capture the evolving events of a major incident. This allows information to be automatically recorded and communicated to all relevant personnel and agencies and will greatly assist us particularly during evaluation in post event reviews,” he said.

Mayor of Limerick, Cllr Kevin Sheahan said the new vehicle which will be a huge asset to the local authority.

“It means that all the main principal response agencies can gather in one location to capture the evolving events of a major incident and jointly respond while having the most up to date technological information to hand.”

The vehicle is equipped with laptops, printers, internet access using WIFI, TV, UHF radios and satellite phone. It is capable of being powered by generator if deployed at a location where there is no direct electricity supply.

Work is currently underway to enable the new unit to connect directly with the co-ordination centre located within the local authority’s headquarters.