Great Limerick Run gets under way 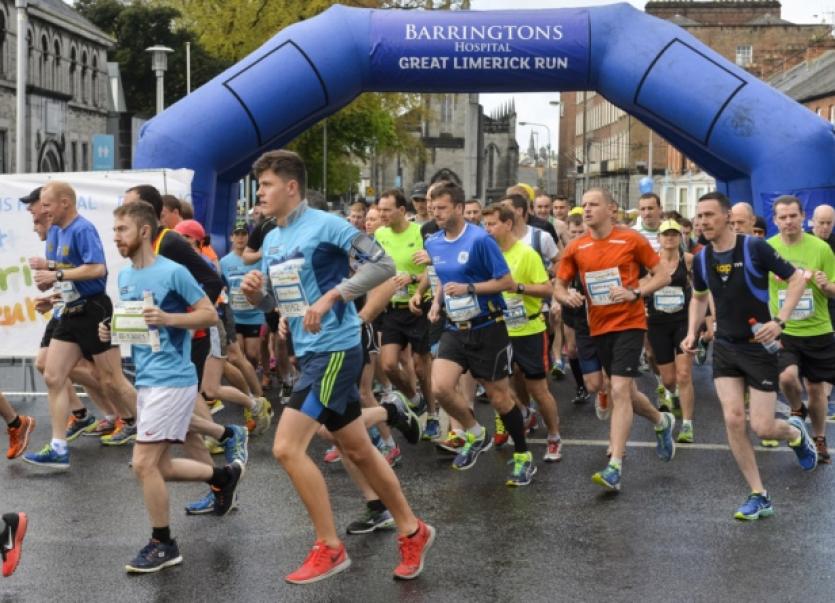 TENS of thousands of runners are pounding the streets of Limerick today as the sixth annual Great Limerick Run takes place.

TENS of thousands of runners are pounding the streets of Limerick today as the sixth annual Great Limerick Run takes place.

A total of 10,000 people are taking part in the Barrington’s Hospital sponsored event, which comprises of three separate events - a full marathon, a half-marathon and a 10k ‘fun run’.

The first of these kicked off at 9am this morning, and was won by Kenyan national Freddy Keron, who finished the course in two hours, 26 minutes and 38 seconds.

Despite this, Freddy said he was disappointed with his finish time.

It is the second time the athlete has taken part in the Great Limerick Run, finishing first three years ago.

The first local athlete through the 26-km finish line was James Liddane, 37, from Sixmilebridge.

He was followed in 11th place by Mike Lynch, from Lisnagry.

The first athletes from the 13km half-marathon are expected through the finish line - in the heart of O’Connell Street - at around 1.15pm.

Shortly after this, the 10km fun run will take place.