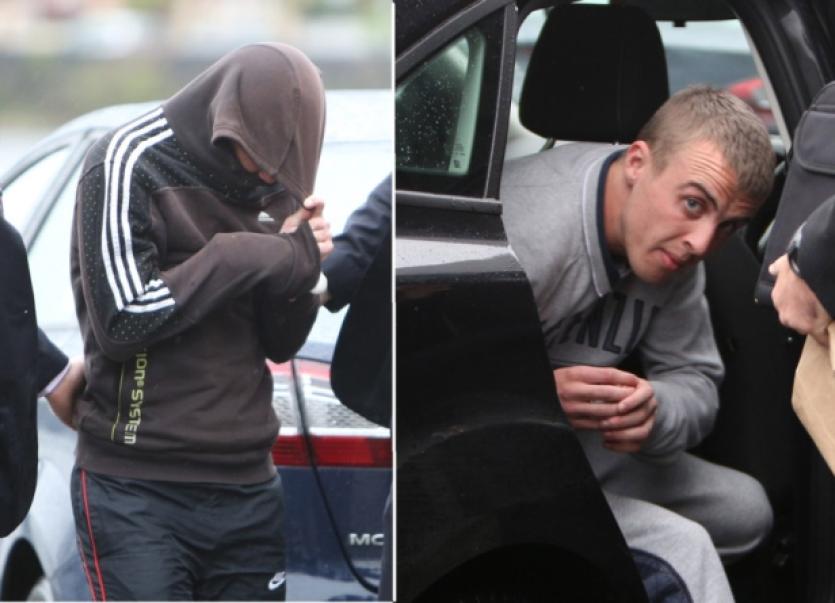 TWO Limerick city men men have appeared in court charged in connection with the death of a man at a house in County Limerick on Thursday night.

TWO Limerick city men men have appeared in court charged in connection with the death of a man at a house in County Limerick on Thursday night.

Gerard Hogan aged 32 of Raheen Square, Ballinacurra Weston and Dylan Hayes aged 20, who has an address at The Crescent, Kilteragh, Dooradoyle are each accused of assaulting Shane Murphy, 31, at a house in The Grove, Pallasgreen, on April 30 last.

Both men are also charged with producing a knife “while committing an assault in the course of a fight” on the same date.

Shane Murphy. who was from Lee Estate, died after he was stabbed a number of times while attending a house party.

Detective Garda Mike Reidy said Mr Hogan had nothing to say when he was charged at Roxboro Road garda station at 3.30pm.

Both defendants were granted legal aid and their solicitors indicated they intend making bail applications next week.

Inspector Ronan McDonagh told the court that gardai will be opposing the applications.

Judge Mary Larkin noted this and remanded both men in custody until Tuesday morning.

Separately, it has been announced that Shane Murphy’s funeral will take place at St Mary’s Church, Athlunkard Street, at 10am on Monday.

He is survived by his father Liam; his brothers Leonard, Brian, David and sisters Marguerite, Linda, Janet and Tracey.