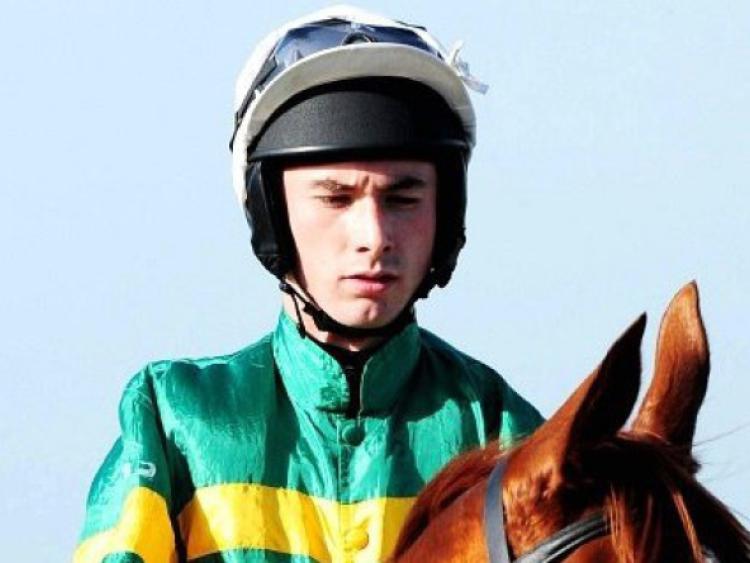 THE FAMILY of the late Ryan Cusack – a 17-year-old jockey from Murroe killed in a tragic accident last year – did not want a man prosecuted in connection with his death, heard Kilmallock Court.

THE FAMILY of the late Ryan Cusack – a 17-year-old jockey from Murroe killed in a tragic accident last year – did not want a man prosecuted in connection with his death, heard Kilmallock Court.

Patrick Murphy, aged 59, of New Road, Athlacca pleaded guilty to allowing Mr Cusack to ride as a passenger on the drawbar of a trailer contrary to the Safety, Health and Welfare Work Act.

Mr Cusack’s father, Vincent, sat beside Mr Murphy during the case brought by the Health and Safety Authority.

At its conclusion, Judge Marian O’Leary said: “It is just tragic all round”.

“Mr Cusack was assisting Mr Murphy in tidying up branches that had fallen during a storm. Mr Cusack stood on the drawbar over a short journey, fell and died as a result of his injuries,” said Mr Collins.

Health and Safety Authority inspector, John Hennigan said he attended the scene to conduct an investigation.

On the day of the accident, Mr Bolger instructed Mr Murphy to tidy up some branches. A tractor and trailer, normally used for horse waste, were used. The court heard that while Mr Murphy was working he was joined by Mr Cusack and another employee to help.

“Mr Murphy got in the cab and was joined by the other worker. Mr Cusack stood up on the drawbar as they were pulling off,” said Mr Collins.

Mr Murphy did not know this at the time but 100 yards into the journey he saw out of the corner of his eye that Mr Cusack was standing on the drawbar, heard the court.

The total distance travelled, on a laneway with potholes, was 500 metres before the accident.

The speed was between 4.8 miles and 6 miles an hour - slightly faster than a brisk walk.

“They felt an unusual thump and stopped. Mr Cusack had been run over and was in a critical condition on the laneway,” said Mr Collins.

An eyewitness found he had a mobile phone in his hand, said the barrister.

“Garda Wilkinson conducted an investigation in tandem [with the Health and Safety Authority]. He concluded all involved in the tragic accident suffered greatly, especially Mr Murphy,” said Mr Collins.

“It affects families and communities greatly,” said Mr Hennigan, who expressed sympathy with the Cusack family on behalf of the Health and Safety Authority.

Brendan Gill, representing Mr Murphy, said his client did not instruct, advise or encourage Mr Cusack to stand where he did, and was driving at a slow speed.

“It has greatly affected him,” said Mr Gill.

Mr Hennigan said it is not an easy thing to cope with.

Mr Gill said: “He wasn’t aware when he started travelling [that Mr Cusack was on the drawbar]. Plea to the charge is entered on the basis only that when he became aware he should have stopped and asked him to get off.”

The solicitor said his client has two grown-up children and is highly regarded in his local community. He has no previous convictions.

The Cusack family and Mr Murphy will have to live with the consequences of this “most tragic and simple accident for the rest of their lives” said Mr Gill.

“It is an understatement to say it has affected him. He expresses his sincere sympathies to the Cusack family,” said Mr Gill.

“Mr Cusack was a very young jockey. He came from a farming background and would have known it wasn’t a safe place to be. Mr Bolger and all his co-workers have been deeply affected.

“He loved his job. By the very nature of it he exposed himself to danger every day when he rode and jumped fences. In a perfect world they wouldn’t want Mr Murphy here today. It is not a perfect world,” said Ms Power.

Judge Marian O’Leary expressed her sympathies to the family of Ryan Cusack and Mr Murphy.

“Unfortunately he has to live with this regret for the rest of his life.

“It is horrific. Ryan Cusack was just trying to be helpful with tragic consequences. It is just tragic all round,” said Judge O’Leary, who fined Mr Murphy €250.

“It is a hard road. Nothing I will say is going to make it any easier,” she said.