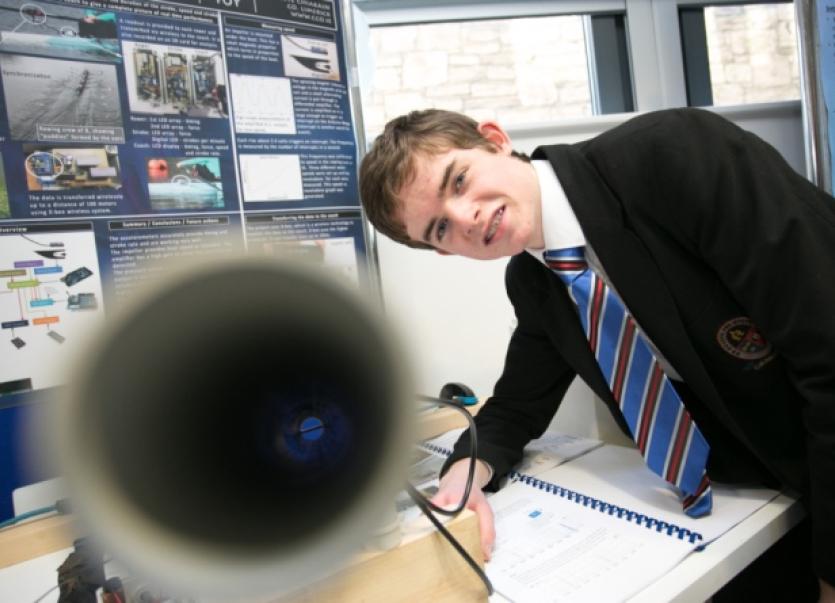 local student Conor Foy has scooped the top prize at a prestigious international science and engineering fair in Los Angeles.

local student Conor Foy has scooped the top prize at a prestigious international science and engineering fair in Los Angeles.

Seventeen-year-old Conor, a student at Colaiste Chiarain Croom, took the top prize of $2,500 for the best mechanical and experimental engineering project at the Intel International Science and Engineering Fair (Intel ISEF),

For his project, Conor designed and manufactured a device to maximise the performance of rowers.

Noel Malone, principal of Colaiste Chiarain, welcomed the news of Conor’s tremendous success and expressed his immense pride and awe at such an outstanding achievement.

“Conor is a lovely lad and is very popular in the school. We were all very hopeful that his wonderful project would be recognised for its sheer ingenuity and brilliance,” said Mr Malone.

“We are grateful to Intel Ireland for showing such faith in Conor and their decision to send him to LA has now been amply justified. We are all so proud of him.”

ISEF is the world’s largest international pre-college science competition, providing an annual forum for more than 1,700 secondary level students from over 70 countries, regions, and territories to showcase their independent research and compete for more than $5 million in awards.

In Ireland, the SciFest national final, which took place last November, was the closest in years, with a number of projects vying for the top award. The Grand Award, which included an all-expenses-paid trip to represent Ireland at ISEF in Los Angeles in May, eventually went to Paul Clarke from St Paul’s College in Raheny, Dublin. Paul subsequently also won the BT Young Scientist and Technology top award.

However, because the standard of the projects was so high, Intel Ireland decided to consider sending a second SciFest project to the competition in Los Angeles and Conor Foy, who had come an extremely close second in the national competition, was invited to the Intel facility in Leixlip where he presented his project to a panel of engineers from the company. The engineers were so impressed with the quality of Conor’s project that he was invited to compete also with Paul Clarke, at Intel ISEF 2014.

Conor subsequently travelled to Los Angeles, with his teacher Edel Farrell, courtesy of Intel Ireland. This was a very wise decision as Conor went on to win first prize. This was awarded by The Society for Experimental Mechanics, Inc, which is composed of international members from academia, government, and industry.