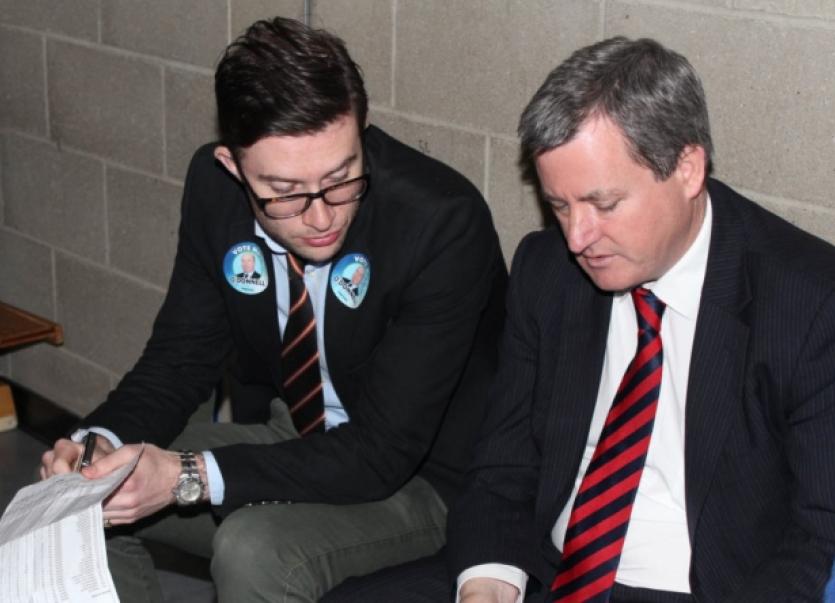 After sweeping to power in Limerick back in 2009 on both councils, Fine Gael has now lost power in the new local authority to no overall control.

And it now looks like the party will share power in the chamber with Fianna Fail, a party which itself lost many seats back in 2009.

Mr O’Donnell - a former county councillor himself - said: “The public have sent a message to government which is something we need to take heed of. People are under enormous pressure, and these are issues I will be taking back when the Dail resumes next week.”

He said the people are “sovereign. They have made a decision today, and we need to react.”

In city north, Fine Gael was hoping to hang onto three seats.

But in the end, the party made only one breakthrough, with Cllr Michael Hourigan being elected at the ninth count.

There was better news for the senior coalition party in City East, with two councillors returned in the shape of Cllrs Michael Sheahan and Marian Hurley.

But Fine Gael remain on course to take two seats in the south European area.