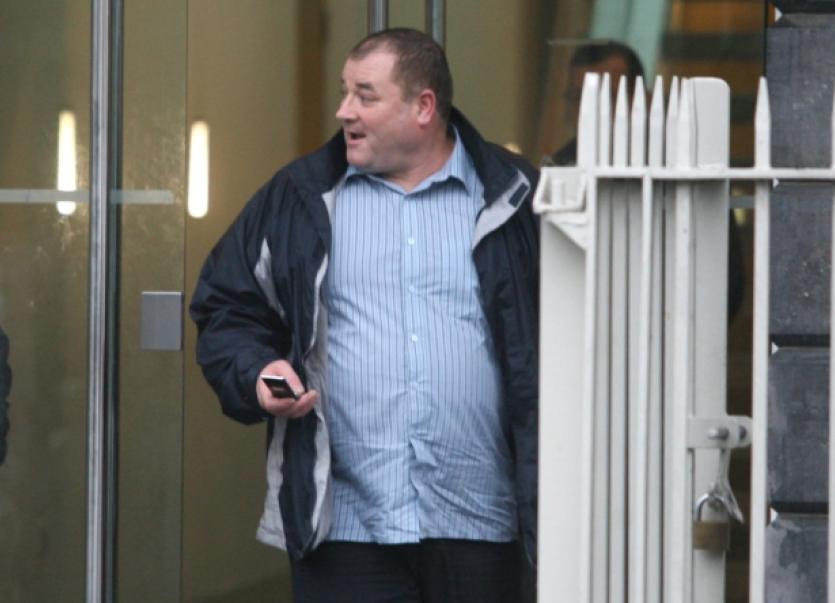 A LIMERICK city man was remanded in custody yesterday after he appeared in court charged with intimidating a State witness in an ongoing criminal investigation.

A LIMERICK city man was remanded in custody yesterday after he appeared in court charged with intimidating a State witness in an ongoing criminal investigation.

Vincent Collopy, aged 35, who has an address at St Ita’s Street, St Mary’s Park was brought before Limerick Court a number of hours after he was extradited from Bulgaria.

He was arrested by police in that country earlier this month on foot of a European arrest warrant which was issued by the High Court in 2011.

Mr Collopy, who was extradited late on Monday night, was arrested at Dublin Airport at around 3am yesterday and Detective Sergeant Ronan McDonagh gave evidence that following his arrest he brought him to Henry Street garda station where he formally charged him with two offences.

Mr Collopy, he said, made no reply to either of the charges.

The defendant is accused of “intimidating or putting William Moran in fear with the intention of obstructing, perverting and interfering with the course of justice” at Island Road, Limerick on June 9, 2010.

He is also is charged, with threatening to kill the 51-year-old on the same date.

Mr Collopy, who wore a navy jacket with green trimmings in court, was granted free legal aid and solicitor John Devane was assigned to represent him.

Mr Devane said his client was reserving his position regarding bail but indicated that he intends making a bail application next week. Judge Eugene O’Kelly was told the application is likely to be  opposed by gardai

Sergeant Adrian Whelan said a file had been prepared for the Director of Public Prosecutions relating to the incident and that she had directed that Mr Collopy be tried on indictment at the Circuit Court.

Judge O’Kelly adjourned the case to facilitate the preparation of the book of evidence.

Mr Collopy was remanded in custody until June 3, next.