Creighton’s new party to run candidates in both Limerick constituencies 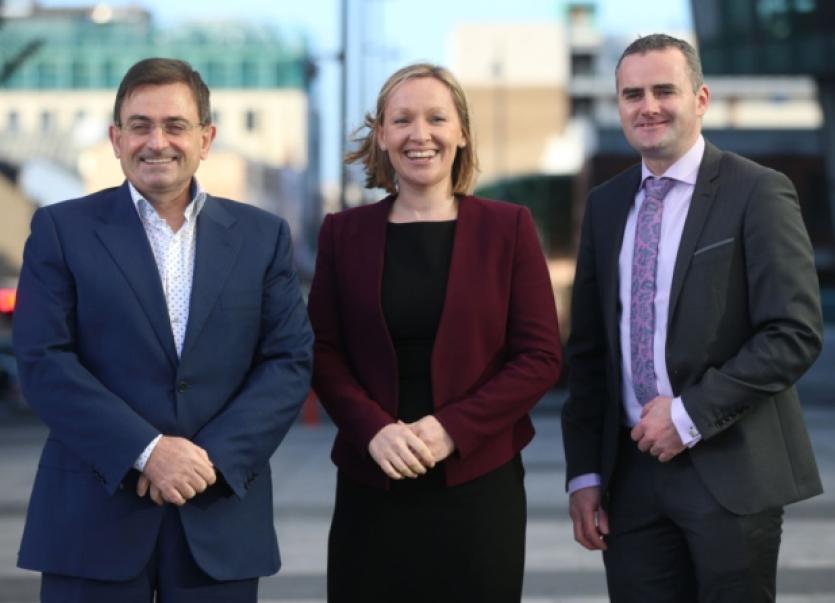 THE new political party being set up by Lucinda Creighton and Eddie Hobbs intends to run candidates in both Limerick city and county in next year’s general election.

THE new political party being set up by Lucinda Creighton and Eddie Hobbs intends to run candidates in both Limerick city and county in next year’s general election.

And the political movement known for now as Reboot Ireland will “be neither left nor right but new” said Mr Hobbs this week.

A meeting held at the Strand Hotel on Monday night attracted around 50 people who had already registered their interest in advance online. They were addressed by Deputy Creighton, Offaly’s Cllr John Leahy and Mr Hobbs. And the Cork-based financial journalist and consumer champion drew enough from the night to believe the embryonic party can find the right local candidates.

“Limerick is a deeply political city and county and always has been, with a really political people. They really engage and don’t stand off you. That is the culture in Limerick,” he said.

“Mostly they were people who had no background in politics, which is what I want, and there were some others who did. They came along to hear more from Lucinda, John Leahy and myself. The really important part of the meeting was the questions and answers session at the end and everybody left with their questions answered and with a copy of the code of conduct under their arms,” Mr Hobbs said.

There were already around 600 people nationally who had expressed an interest in standing for the incipient party, a number Mr Hobbs expects will be whittled down to around 60 come polling day.

He hopes that some who attended the Limerick meeting will be put through a nomination and selection process which he said would be “very transparent and not gerrymandered locally”.

“There will be fitness and probity checks as part of all of that because our intention is to be different. People are so cynical about politics at this stage, including me, and Irish Water was the straw that broke the camel’s back,” he said.

He explained that this in no way meant Reboot Ireland was against water charges only that the government attempts at reforming water services had been so half-baked.

“You couldn’t really script it for a Hollywood movie. Three and a half years into a so-called reform government, all they could deliver was something that was about one degree off the same old course it was on,” he said.

The new party is about two weeks away from its official launch and it would soon return to Limerick as part of its efforts to put a regional structure in place.

“We can’t call ourselves a party yet. We are a movement. We have taken the baby home from the hospital but we haven’t had the christening yet,” Mr Hobbs said.

But early characterisations of Reboot Ireland as another centre right party are the media “jumping ahead of themselves”.

“The language of left and right is history and if people really want to know what we are about they can read a book called The Fourth Revolution (John Micklethwait and Adrian Wooldridge). It is a great read and gives a sense of what it is about.”

That set out how far behind the private sector modern states were - or governments “meeting Google and Facebook with jotters and pens”, as Mr Hobbs puts it.

Yes, the party would be pro-enterprise but it also had clear social targets, such as having what Reboot Ireland calls a “minimum lifestyle standard” for Irish people and which would inform party policy on matters such as wages and welfare.

“It is a multi-disciplinary index reporting on how much it actually costs to live in a society,” Mr Hobbs said.

“We are about creating a virtuous circle of economic and social policy, the one supporting the other, and the lifestyle standard would be something that could be measured every year and reported just like GDP. That is not left or right. That’s just new,” said Mr Hobbs.

RTE Radio this week compared the 50 who showed up at The Strand on Monday night to the 1,000-plus who attended the launch of Des O’Malley’s Progressive Democrats at the Limerick Inn all of 20 years ago. Tony Browne, Lifford Gardens, who managed to inveigle his way into the Strand without having registered in advance, said that three times as many people had attended the Absolute Hotel on Tuesday night to hear AAA TD Paul Murphy speak of his recent arrest over water charge protests and the alleged false imprisonment of An Tanaiste Joan Burton.

But Mr Hobbs said such comparisons were unfair.

“I remember the early PD meetings. There you were talking about an anti-Haughey rump that was a breakaway from an existing political party with much of its organisation. That is not the situation here. And those meetings were open, town hall style meetings whereas ours was one at which people had registered in advance. But we will be having open meetings in Limerick and around the country in the weeks and months to come,” Mr Hobbs said.