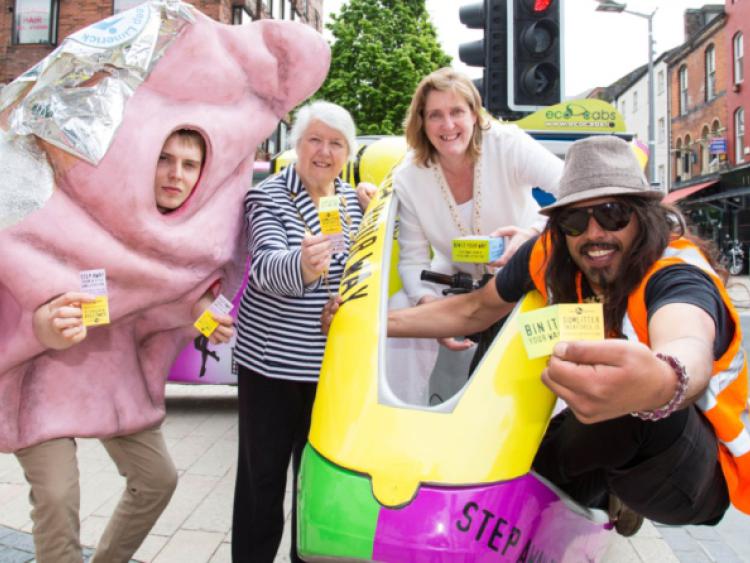 THE gum litter taskforce has stepped up its campaign to encourage people not to litter Limerick’s streets and to bin their gum.

THE gum litter taskforce has stepped up its campaign to encourage people not to litter Limerick’s streets and to bin their gum.

The aim of the campaign is to reduce littered gum by raising awareness that dropping gum on the ground is littering and that it is subject to a €150 fine.

In previous years, the campaign has been a huge success with a baseline reduction of gum litter of 33% from 2012 to 2013. The number of people who recognise that dropping chewing gum is litter is now at an all-time high at 93%.

In 2013, over half of those surveyed had seen or heard the campaign, and TV advertising alone led to 25% of people disposing of gum responsibly.

Speaking at the launch Mayor Leddin said “it’s wonderful to see that community involvement is still alive and well in Limerick, as well as in towns right across the country. The campaign brings together the general public with industry and local authorities to reduce litter and show pride in their towns by working together.”

Each of the local authorities will launch their own campaigns in the coming weeks.