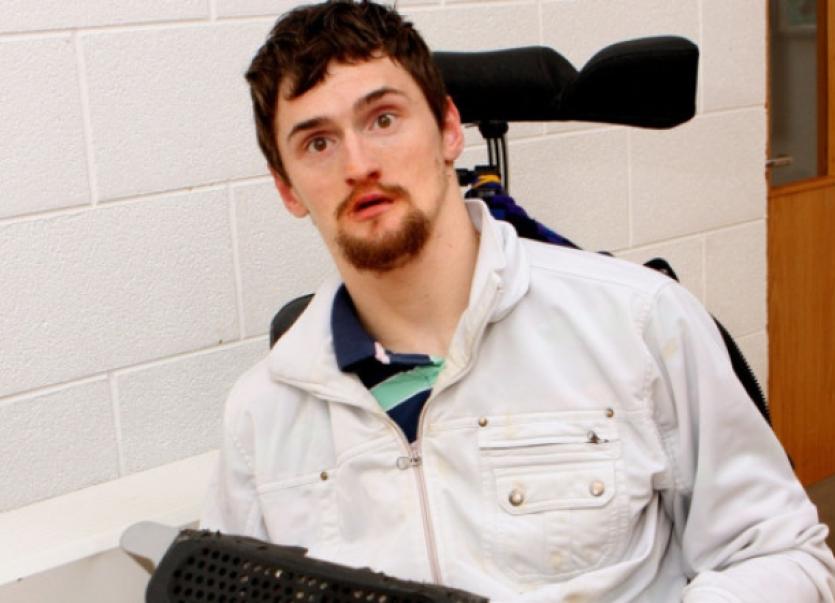 A WHEELCHAIR bound young man who suffers from cerebral palsy was the victim of a heartless, opportunistic crime in the city this week.

A WHEELCHAIR bound young man who suffers from cerebral palsy was the victim of a heartless, opportunistic crime in the city this week.

Michael O’Dowd, 24, a client with Enable Ireland in Mungret, said he was robbed on Parnell Street on Sunday evening last.

He was approached by a man and a woman in a blue car, and was called over to the vehicle by the woman, who asked if he was alright.

She then proceeded to take his wallet out of his bag, which was perched on his lap, and took €80 from it.

In self defence, he said he tried to kick the vehicle and started yelling, but they drove off. Two women came to his rescue and called the gardai.

Gardai at Roxboro Road garda station confirmed they are investigating the incident, examining CCTV footage nearby and pursuing other lines of enquiry.

Originally from Thurles but living in Limerick for a number of years, Michael, who has difficulty in communicating verbally, said he was left traumatised by the incident - the first time he has ever been a victim of crime in Limerick city.

Michael, who can communicate with the aid of a voice-generated computer, said: “I was very frightened and distraught after this horrendous experience, and feel that I may need counselling.

“I feel this should be highlighted. This is the 21st century and people in wheelchairs are getting robbed.”