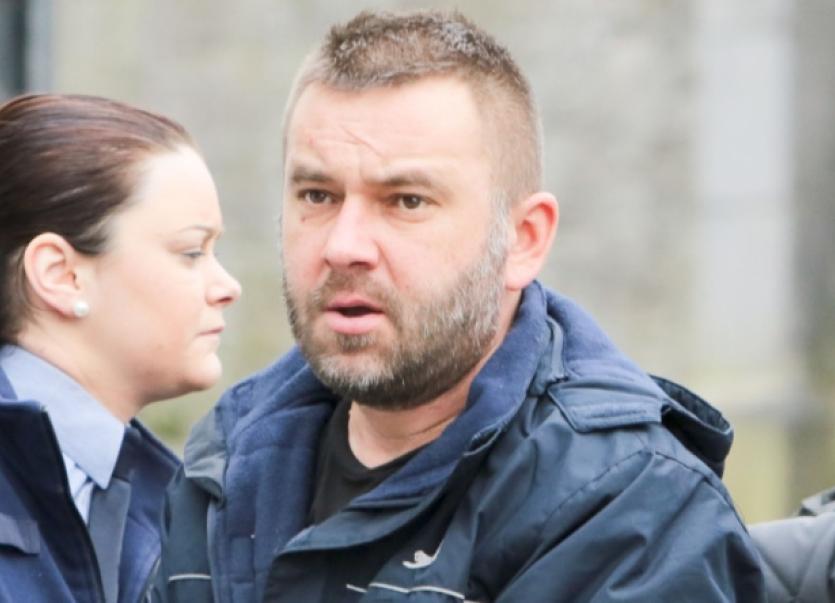 GARDAI opposed the bail applications of the two Polish nationals arrested in connection with the seizure earlier this month of an estimated €480,000 worth of cannabis plants and cannabis herb in West Limerick.

GARDAI opposed the bail applications of the two Polish nationals arrested in connection with the seizure earlier this month of an estimated €480,000 worth of cannabis plants and cannabis herb in West Limerick.

But following a lengthy hearing in Newcastle West court, during which gardai said both men were flight risks, one man was remanded, with consent to bail, while the second was remanded in custody until February 24.

Garda Clare Hanrahan told the court that cannabis plants and cannabis herb were discovered at three of the four houses searched and analysis was pending on the finds. Mr Jacniak was allegedly located at one of the houses where 112 plants and a considerable amount of equipment were found along with 6kg of suspected cannabis herb already prepared. The estimated value was put at over €350,000, pending analysis.

“He admitted he was the person responsible for the care and maintenance of the plants,” the Garda alleged adding. “He is not accepting ownership of the 6kg of cannabis.”

At another location in Arra View, Newcastle West, 142 plants, at various stages of growth, were seized and it is further alleged that Mr Jacniak made certain admissions in relation to those plants.

Garda Hanrahan said she believed Mr Jacniak was engaged full time in the cultivation and distribution of cannabis as his sole income as he no longer had a business.

“I believe he is a flight risk,” she said. “He has no ties to this country.”

Mr Jacniak’s 15-year-old son, who had been living with him, was returning to Poland on Sunday, she said.

But Mr Jacniak’s solicitor, Michael O’Donnell, argued that the man’s son was still with him, that he had lived and worked here for 11 years and had a job up to six months ago. The gardai had his passport and he lived close to the garda Station, he pointed out.

“He could sign on three or four times a day,” Mr O’Donnell said.

But Inspt Brian O’Donovan said: “We believe he won’t stand for trial if he is given bail.”

Judge Larkin however said things were “slightly different from the other gentleman”. She remanded Mr Jacniak in custody with consent to bail, on his own bond of €5,000 and an independent surety of €60,000, half of which was to be lodged. She also attached conditions.

Detective Garda Declan O’Halloran, Henry St, told the court he was objecting to bail for Arthur Pietrzuak because he believed he would be a flight risk. Mr Pietrzuak was arrested during the garda search of a house in which 97 cannabis plants, in the early stages of growth, were allegedly discovered, along with equipment such as lighting and extractors.

“He was caught red-handed,” the detective alleged. A large amount of equipment, used in the cultivation of cannabis, was also found in unopened boxes. The detective said he believed Mr Pietrzuak was “in the process of extending this cultivation at this address.” He added that it was his belief that he was “working in consort” with others.

“By his own admission the applicant has access to a significant amount of savings,” the detective said. “He can fly back and forth to his home country quite easily and has done so in the last months.

“I would be of the opinion he would not appear to answer this charge. I don’t think he will abide by any conditions the court would lay down.”

Solicitor for Mr Pietrzuak, Ted McCarthy, argued that no bench warrants had ever been issued for his client and he had no previous history of breaking bail conditions.

“Your main concern is he won’t attend for his trial. That is based on past history of travel?” he asked.

“I believe the applicant does not have any major ties to the area. He has no family living within this jurisdiction. I believe he has easy access to travel,” Detective O’Halloran replied.

“It is inappropriate to say just because he is Polish he shouldn’t get bail,” Mr McCarthy argued. “I ask you not to speculate and suggest any concerns could be satisfied by appropriate conditions being applied.”

Judge Larkin said she was satisfied he was a flight risk and remanded him in custody to February 24.

“He was no real association in the area. That is why I am saying he is a flight risk.”