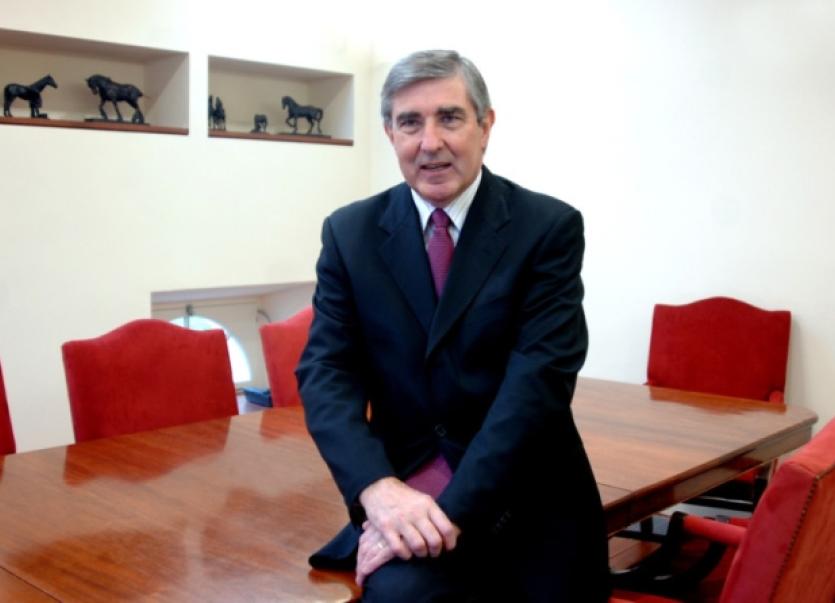 RETIRED businessman Denis Brosnan was clocked speeding at 170kph along the motorway to Limerick in March last year, Newcastle West court was told on Friday when Mr Brosnan appeared before Judge Mary Larkin, charged with careless driving. The court heard that Mr Brosnan, of Croom House, Croom was late for a meeting at County Hall.

RETIRED businessman Denis Brosnan was clocked speeding at 170kph along the motorway to Limerick in March last year, Newcastle West court was told on Friday when Mr Brosnan appeared before Judge Mary Larkin, charged with careless driving. The court heard that Mr Brosnan, of Croom House, Croom was late for a meeting at County Hall.

However, Mr Brosnan and his solicitor, Brendan Gill, disputed the careless driving charge. Mr Brosnan insisted from the witness box he was a very careful driver while Mr Gill argued that the only evidence put forward by the prosecution was that of speed and this was not sufficient to constitute careless driving.

Garda John Shanahan, Henry Street, told the court that at 12.05pm last March 3, he was operating a speed-check on the motorway at Cloghacloka, Patrickswell when he clocked a Mercedes jeep doing 170kph in a 120kph zone. He followed the jeep and it took him two to three kilometres to catch up and when it pulled over, he spoke to the driver, Mr Brosnan. “I showed him the speed gun,” Garda Shanahan said. “He stated he was late for a meeting.”

Questioned by Mr Gill, the garda said Mr Brosnan’s vehicle was a big, high-powered jeep capable of speed but said he was “not aware” of any policy where drivers doing more than 140kph were prosecuted for careless driving. Every case is taken on its merits, he said.

Asked if he was sure he had shown Mr Brosnan the speed gun, the garda replied: “I always show the speed if it is on the gun, even if I don’t have to.”

In his evidence, Denis Brosnan said there wasn’t a lot of traffic on the road and driving conditions were perfect.“I may have been driving over the speed limit.” But he continued: “I wasn’t told nor was I shown the speed. He didn’t show me anything about what speed I was doing.”

Mr Brosnan said he had been driving for 53 years, and never had an accident or never been in court. “I drive safely. I have never driven carelessly in my life.” Had he been issued with a speeding fine, he would have paid it, he said, and he would have apologised for it. Cross-examined by Inspt Brian O’Donovan, Mr Brosnan said: “I didn’t say I wasn’t speeding. I said I wasn’t doing 170 kilometres an hour.” He reiterated that Garda Shanahan hadn’t told him his speed or hadn’t shown him the speed gun. “I was told I was being charged with careless driving,” he said.

“The garda did tell you 170 kilometres,” Inspt O’Donovan said.

“I don’t recall him saying that,” Mr Brosnan answered. “I have always shown due care and attention,” Mr Brosnan replied. “If I hadn’t I would have had some accident. I drive very carefully.”

“Mr Brosnan accepts he was exceeding the speed limit on this particular day,” solicitor Brendan Gill said. But, he added, it was a straight stretch of road, in dry, good conditions with no heavy traffic. But Mr Brosnan was charged with careless driving and he argued there no evidence of incompetence or inattentiveness against Mr Brosnan and the charge had not been proved.

Speed is an element in careless driving, Inspt O’Donovan said, and at 170kph, there was the manner in which he would have passed out cars.

“There was no evidence given as to overtaking,” Mr Gill objected.

In English case law, Judge Larkin commented, the standard required was what a “competent, reasonable and prudent” driver might do. “I am quite satisfied a responsible, prudent driver would not drive at 170kph. I am prepared to convict,” she said.

But Mr Gill, pleading for his client, described him as a retired businessman with a distinguished career who was heavily involved in the voluntary and charitable sector. “He has an unblemished record before this.”

Pointing out that vehicles such as Mr Brosnan’s have cruise control, Judge Larkin said: “You can put that on and you don’t have to break the law.”

Normally, she said, she fines €750 for speeding over 140kph. However, she took into account Mr Brosnan’s clean record and his attendance at court and said she would be prepared to accept a payment of €1,000 to the court box and apply the Probation Act. “If that is not acceptable I will deal with it by way of conviction,” the judge said. After a short consultation with his client, Mr Gill said he was prepared to make the €1,000 contribution and the case was adjourned to March 13 for finalisation.