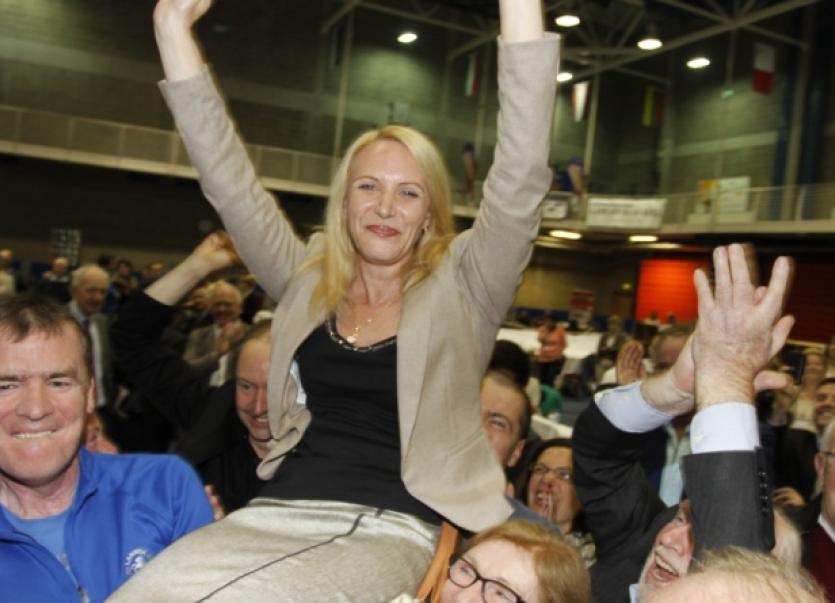 It may have taken two days, 15 counts and a recount but Labour’s Elena Secas made history on Sunday night by becoming the first non-national to be elected to serve on a local authority in Limerick.

It may have taken two days, 15 counts and a recount but Labour’s Elena Secas made history on Sunday night by becoming the first non-national to be elected to serve on a local authority in Limerick.

The Moldovan national, who also has Irish citizenship, secured 867 first preference votes and was one of four candidates elected in the Limerick City East electoral area without reaching the quota.

Ms Secas, 40, who narrowly missed out on election to Limerick County Council in 2009, secured 7.26% of the vote last Friday.

While she won 1,045 first preference votes in 2009 when she ran in the Castleconnell electoral area, her share of the vote only fell marginally despite there being 19 candidates contesting eight seats.

According to unofficial tallies, which were compiled by Fine Gael and Labour, Ms Secas, who works as a customer service representative with Icon PLC in Plassey, polled particularly well in the Monaleen and Milford areas – topping the poll in several individual boxes.

Speaking after her election was confirmed shortly before midnight on Monday, Ms Secas said she was delighted.

“I am just thrilled because I was very close last time and it was disappointing but I didn’t give up and I worked really hard and I am happy to see that all the hard work has paid off,” she said.

“It means a lot to me that people put their trust in me and I am going to work really really hard not to let down the people who elected me and represent them on the new council.” she said.

Elena, who lives at Curragh Birin, Castletroy has been living in Limerick for 14 years and is married with two daughters – Nicole, 12, and Alice, 3.

She says it will be a privilege to serve on a local authority in Limerick.

Ms Secas, says she aims to prioritise local issues during her time on Limerick City and County Council.

“Whatever the local issues are they will be my priority. A lot of people have been talking about national issues [during the campaign] but this was a local election and it is about local issues,” she said,

“As a local councillor you can only deliver locally here, you can always lobby for things at a national level but that’s all you can do,” she said.

Cllr Joe Leddin, who retained his seat in Limerick City West, said he believes his party colleague will be a “tremendous asset” to Limerick City and County Council.

“She is a wonderful warm person in terms of engaging with people and she has a huge interest in local and civic issues,” he said, adding that he is delighted that he was particularly pleased Elena has been elected as it reflects the multicultural nature of the city.