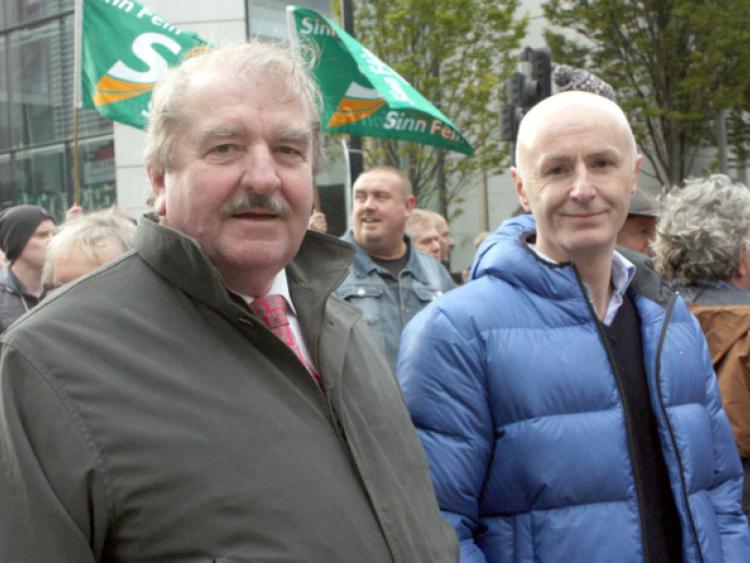 THE council is to set up an all-party committee aimed at putting together plans to commemorate the 1916 Easter Rising and other centenary commemorations in Limerick.

THE council is to set up an all-party committee aimed at putting together plans to commemorate the 1916 Easter Rising and other centenary commemorations in Limerick.

Mayor Kevin Sheahan had sought to fill the committee with Fine Gael and Fianna Fail representatives, but a motion from Sinn Fein’s Seamus Browne that the group be composed of all parties forced him into a retreat.

The group will not have any power to sign off on events, but will bring recommendations to full council for approval.

However, Anti-Austerity Alliance (AAA) councillor Cian Prendiville was left angered after Mayor Sheahan said he could not join the committee, “for personal reasons”.

In an emotional speech, he accused the mayor of making an attempt to “whitewash” the Easter Rising, and a bid by the main political parties to “claim the legacy of 1916 as their own”.

His claim that “If the rising happened tomorrow, you would condemn it as a violent protest” drew cries of derision from others.

Cllr Michael Collins, Fianna Fail, said: “You should be ashamed of yourself: my family took part in the rising.”

Cllr Browne urged members not to turn the centenary into “a political football”.

Anti-Austerity Alliance councillor John Loftus made an emotional speech, saying: “My own father was born in 1902, and lived through the Easter Rising. He was studying engineering in Dublin during the Civil War, and saw the effects of war around the country. Members of my family were shot by the black and tans, and we had to leave the country.”

He said that although Mayor Sheahan has an issue with Cllr Prendiville, he should have addressed the AAA as a group.

Mayor Sheahan said: “I have no problem with having anyone on the committee, but I cannot have Cian Prendiville on because we would not get on.”

Fine Gael leader John Sheahan tried to restore a sense of calm to the chamber, asking people to “pull back” and “take a deep breath”, while acknowledging “the emotion in Cllr Loftus’s voice”.

After it was agreed Cllr Loftus would represent AAA on the committee, the debate returned to the centenary.

“I am a proud Athea woman and Con Colbert is from Athea. We need to put together a fitting memory for what happened between 1916 and 1923. We need murals, festivals, lectures. We need to get school-children involved in projects. There has been a whole generation who do not even know what went on,” she added.

Her party colleague, Cllr Séighin Ó Ceallaigh said it is key Limerick does not repeat the government’s mistake in releasing a video which contained sparse references to the 1916 leaders.

“We can do this by preparing, by forming this committee, and most importantly embracing our Republican history. These men and women made the ultimate sacrifice, so that we may have the right to govern ourselves as an independent nation, and this council may still be under British rule if it wasn’t for those Irish heroes,” he said.