UL staff ‘forced to get loans from loved ones’ to survive 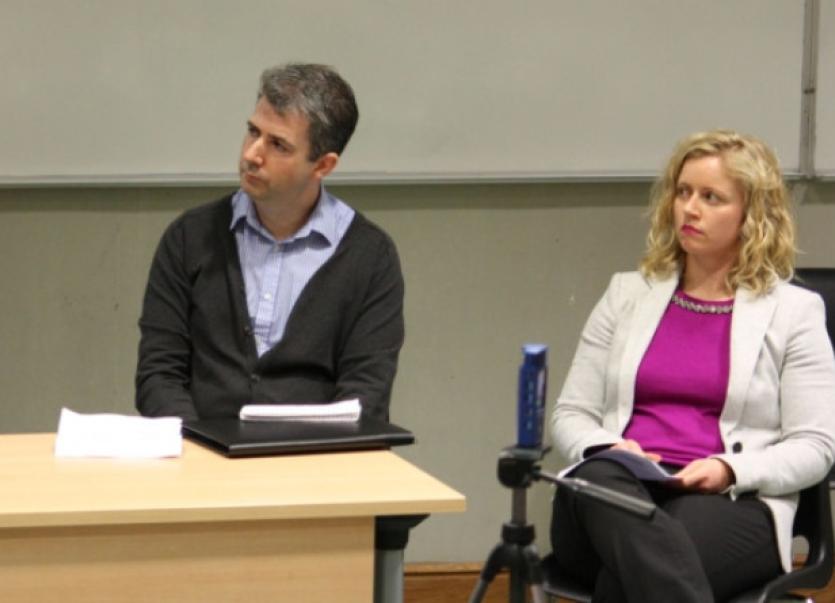 LECTURERS and other academic staff at the University of Limerick are forced to top up their pay with social welfare and loans from loved ones – and many are afraid to speak out for fear of negative consequences - a seminar at UL has heard.

LECTURERS and other academic staff at the University of Limerick are forced to top up their pay with social welfare and loans from loved ones – and many are afraid to speak out for fear of negative consequences - a seminar at UL has heard.

In what is perceived by many to be quite a privileged profession, many academics at the Plassey campus are earning less than €10,000 a year as a result of being on short-term, limited-hour contracts.

It has led people to feel “marginalised”, and experiencing feelings of “wasting their lives”.

Some of these are postgraduate students, but UL academic Micheal O’Flynn says there are many who have long since graduated on the same conditions.

A senior lecturer at the university, Dr Geraldine Mooney-Simmie, of the Department of Education and Professional Studies, said many academic staff face “exploitation and precarious work, and it is leading to a climate of fear” in the university.

Now, trade union Unite is to put pressure on UL and other universities to end the practice.

The seminar examined the creation of a casual labour system at third-level institutions in Ireland.

Some staff have been left to feel like part of “an underclass”, industrial relations lecturer Dr Michelle O’Sullivan said, while many are ashamed to own up to their conditions.

Dr Mooney-Simmie said: “Stories of fear, shame and isolation actually abound in this whole area. We have heard stories today about casual workers explaining how they have been trying to do their work by getting loans from girlfriends, and support from parents because they have been delayed in payment. They are afraid to come and ask their heads of department because they will be seen as troublemakers”.

Numbers of people affected by short term working are hard to ascertain, the conference heard. But data obtained by Unite from the college suggested that the number of part time and hourly academic staff equates to around 50 full-time equivalent staff.

This “masks the extent” of the problem, Dr O’Sullivan said.

“I can name 20 people off-hand who are on these types of casualised contracts, so I imagine the number is quite higher,” she said.

Mr O’Flynn said in some departments, there could be up to half the staff on short term contracts like these, sometimes for periods like nine months.

“This is about lives of chronic insecurity,” he said. “Is that compatible with the kind of integrated community of teachers and scholars that a university is supposed to be about? We know long-term, permanent teaching needs are being carried out with no job security whatsoever.

“People have not had the opportunity to develop a secure occupational identity, and people do not feel like they are fully part of the campus community.”

It has been claimed this has a direct influence on the experience of the students - if lecturers do not feel secure in their jobs, it means they will not be as willing to go the extra mile.

Dr O’Sullivan now wants the matter of short-term casual contracts raised with the UL president, Prof Don Barry, as part of his strategic review of the college. He is taking part in a listening exercise with staff at present.

“We need to recognise as other members of staff in more secure positions that while we did not create the system, we are facilitating it. We hire people on sessional teaching contracts and research contracts, so we are part of this as well,” Dr O’Sullivan said.

Aline Courtois from Third Level Workplace Watch, a group set up to examine the conditions of university staff, revealed that some academic staff are typically earning less than €10,000 per year. A “race to the bottom” is under way in terms of pay and working conditions.

“People have expressed really strong feelings of being completely marginalised, having failed their lives, or wasted ten years of their lives working for peanuts and having let go of the possibility of having a family, buying a house, and all these things,” Ms Courtois said.

These are people in their 40s, she said, “who have worked relentlessly, for 68 hours a week or more”.

Dr Mooney-Simmie said Unite will now highlight this issue, and carry out further research into the problem.

The University of Limerick did not respond to a request for comment as the Leader went to press.