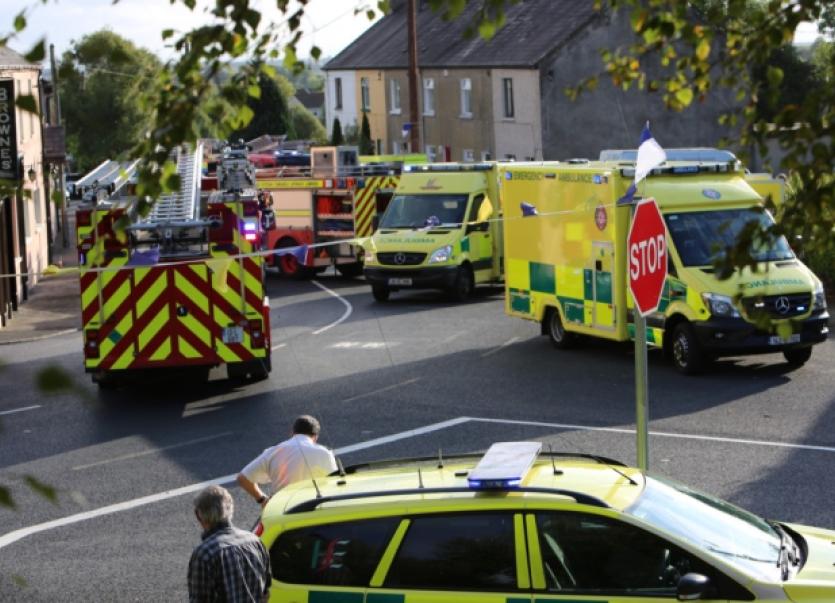 A PENSIONER from Limerick remains in hospital after having his leg amputated following a hit-and-run in Parteen.

A PENSIONER from Limerick remains in hospital after having his leg amputated following a hit-and-run in Parteen.

Eric Ryan, 79, lost his leg, while his friends Willie Barry, 77, a retired garda, and Dermot O’Brien, who is in his 70s, were also injured.

They had been standing by the roadside after a game of pitch and putt, when a speeding vehicle crashed into them, as the culprits sought to evade gardai in a high speed chase.

One man was apprehended by gardai following the crash, while another man remains at large.

Meanwhile, a 26 year old Limerick man has appeared before a special court sitting in Limerick charged with burglary offences in East Clare on the same day as the crash.

Michael Sheehan of 44 Cliona Park, Moyross is charged with burglaries at Aherina, Kilmore and at Doonass, Clonlara on Thursday last.

Mr Devane stressed to the media in court that his client is before the court on burglary charges, and not for road traffic offences. He said the accused man is reserving his position on bail until his next court appearance.