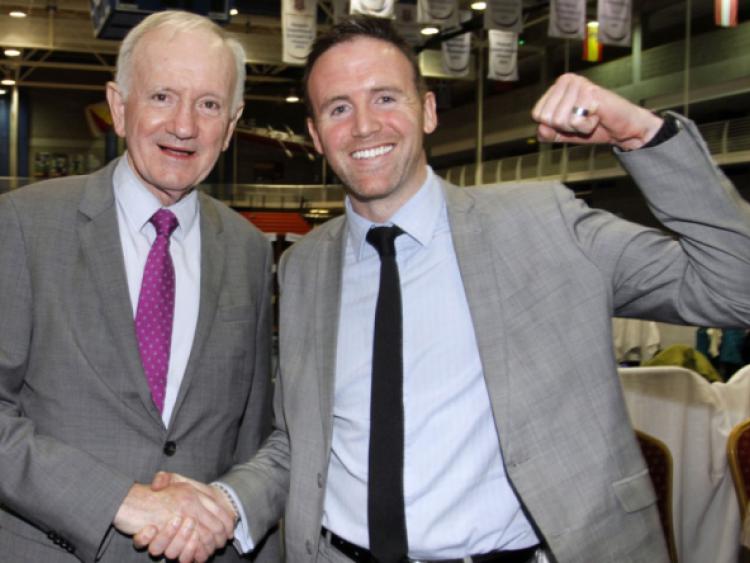 Eighteen boxers, including one local councillor, will take to the ring during Christmas to raise money for the new Kilfinny school childcare project.

Eighteen boxers, including one local councillor, will take to the ring during Christmas to raise money for the new Kilfinny school childcare project.

“We currently have 18 enthusiastic boxers training in Rathkeale Boxing Club with Peter and Gavin putting them through their paces from 8pm to 10pm on Wednesday and Friday evenings. Boxers have just finished week four of training and are beginning to shape up physically and mentally for the big event,” said Marion Geary of Kilfinny School Childcare Committee.

“We have people from Croom, Rathkeale, Kilfinny and Croagh taking part, so there should be plenty of local interest,” she added.

A pre-boxing night will be held in the newly re-opened Neville’s Cross Inn this Saturday, December 13, at 8.30pm at which bout pairings will be unveiled and boxers will take part in face-offs with their opponents.

The Kilfinny School Childcare project, opened its doors on August 28 this year on the grounds of Kilfinny National School. The facility caters for pre-school children from 9.10am-12.40pm, and provides a full childcare service to children of school going age. A morning drop off facility allows for children to be dropped from 8am until school time, and an afterschool facility caters for children after school until 6.30pm in the evening.

“We are hugely appreciative of the time and effort given by the boxers so far and urge people to come and support them and us on the night,” said Ms Geary.