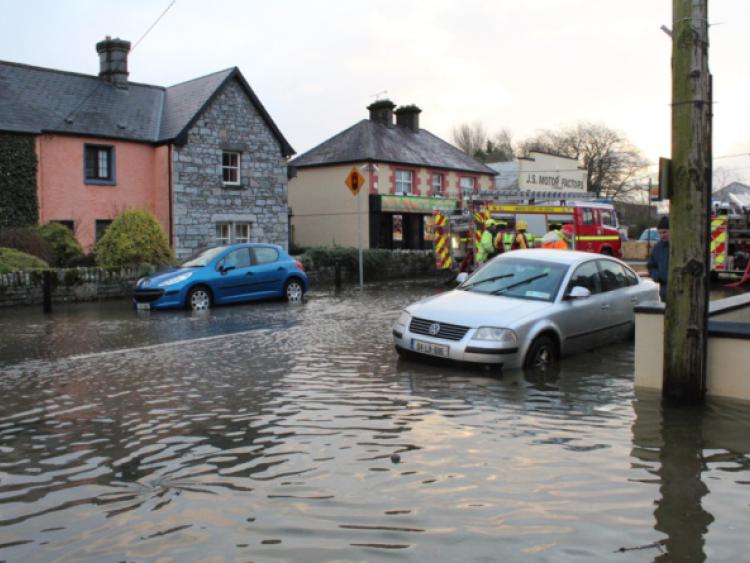 PLANS for new flood defences in Foynes are being drawn up, Fine Gael TD Patrick O’Donovan has said.

PLANS for new flood defences in Foynes are being drawn up, Fine Gael TD Patrick O’Donovan has said.

And he has convinced Junior Minister Simon Harris to visit Foynes in the near future to examine what has been done since last winter’s disastrous floods in the port village.

But Deputy O’Donovan also wants to convince the Minister who has responsibility for the Office of Public Works that there is an urgent need for further investment in flood defences for Foynes.

After the high tides and flood of early January, which damaged nearly 40 homes and businesses along a stretch of the main street in Foynes, the OPW established a steering group which included Limerick City and County Council and the Shannon Foynes Port Company as well as representatives from the community.

A new 100-metre stretch of flood-wall was put in place to the rear of Main Street and adjoining the railway line where the existing flood wall was breached on January 3. Using a new approach pioneered by a Roscommon-based company Global Defence Solcutions, the new “wall” involved a mobile, sand-filled container wall one metre high and one metre deep.

A similar system was used to protect utility companies during Hurricane Sandy in New York in 2013 and is also in use in Germany and Holland.

Since then, consultants have been appointed to work with the Foynes steering group in the design of a comprehensive flood defence scheme. And, Deputy O’Donovan explained that the Minister has indicated he expects to see a planning application lodged by the steering group in the near future.

“I want to assure you that the Office of Public Works is committed to resolving this issue and working with all stakeholders to deliver a flood relief scheme,” Minister Harris has told Deputy O’Donovan.

“I will be keeping in close contact with the Steering Group to ensure progress continues to be made.”

Deputy O’Donovan has welcomed the Minister’s input and he hopes his visit will take place shortly.