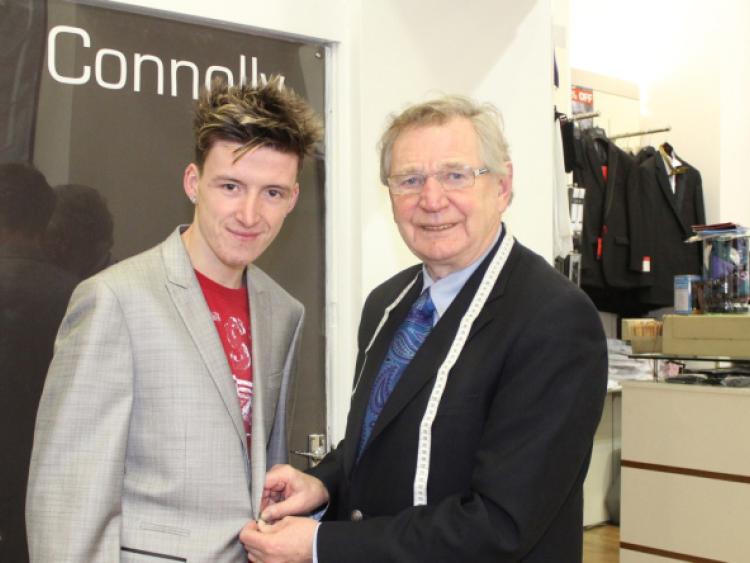 A LIMERICK mum whose house was destroyed in a fire has thanked tailor Tony Connolly for ensuring her son Darren can go to his debs this Friday in fine style.

A LIMERICK mum whose house was destroyed in a fire has thanked tailor Tony Connolly for ensuring her son Darren can go to his debs this Friday in fine style.

The Roches “lost everything” when a fire ripped through their bungalow off Edward Street on Christmas Eve.

Ger and Suzanne Roche - who chose not to renew their house insurance in October to pay other bills - said they were only grateful there was no loss of life. Not only did every Christmas present go up in flames but the Roches also lost every appliance and stick of furniture as well as items of huge sentimental value.

When menswear boss Tony Connolly read that Darren, 17, had lost his debs suit, he stepped in to replace it.

“He sat us down and made us feel very comfortable and let us pick out what he wanted. I was actually crying in the shop. It wouldn’t be possible for Darren to go without this and I can’t thank him enough,” said Suzanne, a mother-of-four.

The Limerick CBS debs takes place this Friday at The Strand but Darren will have to get ready at girlfriend Rachel’s house in Hilltop because the Roches don’t expect to be able to move back into their home for some time.

Heiton Buckley, James McMahon and Irish Wire are among the Limerick companies who have supplied building materials while friends and neighbours have helped with the labour. Friends are also appealing for new furniture and kitchen appliances.

Suzanne is founder of the Limerick charity Indira and spent the days before Christmas handing out hampers to the needy. She never thought she would have to rely on charity herself.

“People have been so good to us. They were giving us stuff from under their own Christmas trees,” she said.