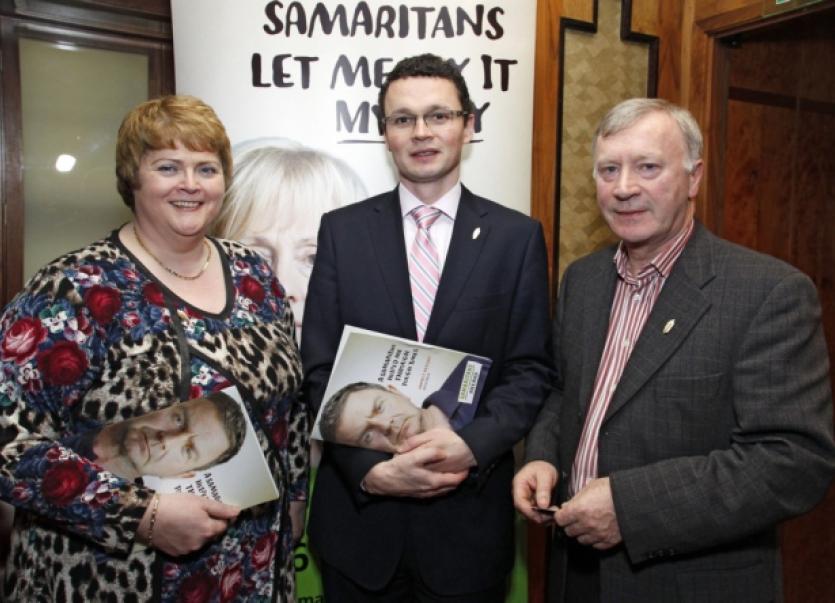 A FREE number trialled by the Samaritans in Limerick last year is to be rolled out across the country in 2014.

A FREE number trialled by the Samaritans in Limerick last year is to be rolled out across the country in 2014.

Since 2007, the European Commission has reserved the number 116 123 for all emotional support helplines in any member state. As the Samaritans is the only Irish organisation that meets the Commission’s criteria, they have been allocated the number here.

The charity last year did a deal with six major telecoms companies to launch the free helpline in Limerick and four other areas. The lo-call number for the Samaritans (1850 60 90 90) is still in use but the free number is particularly useful for those calling from mobile phones.

“There has been a marked shift away from landline to mobiles, and this introduced an additional cost factor to people considering a call to Samaritans. With the launch of our free-to-caller number – 116 123 – next year, this barrier will be removed,” said Catherine Brogan, executive director, Samaritans Ireland.

Speaking at the launch of the Samaritans’ impact report for 2013, Ms Brogan revealed that the number of calls received last year fell by 7% compared to 2012. But the number of contacts through other mediums (text, e-mail etc) increased by 18 per cent.

“Some of the decrease in calls could be down to the fact that some people are feeling more hopeful about the future. However, we are also acutely aware that lots of people are still hurting very much.”

The launch was attended by the director of the Limerick/Tipperary branch Mairead Sweeney, who paid tribute to the 112 volunteers active in the branch.

“Volunteers are the beating heart of Samaritans, delivering the core support service, running all branches, raising vital funds, and raising awareness of the work we do. Each volunteer spends 15 hours on average each month as a listener and undergoes a rigorous programme of initial and ongoing training. Our volunteers are ordinary people who provide a safe space to talk and we will be looking to expand our volunteer base over the coming year,” she said.